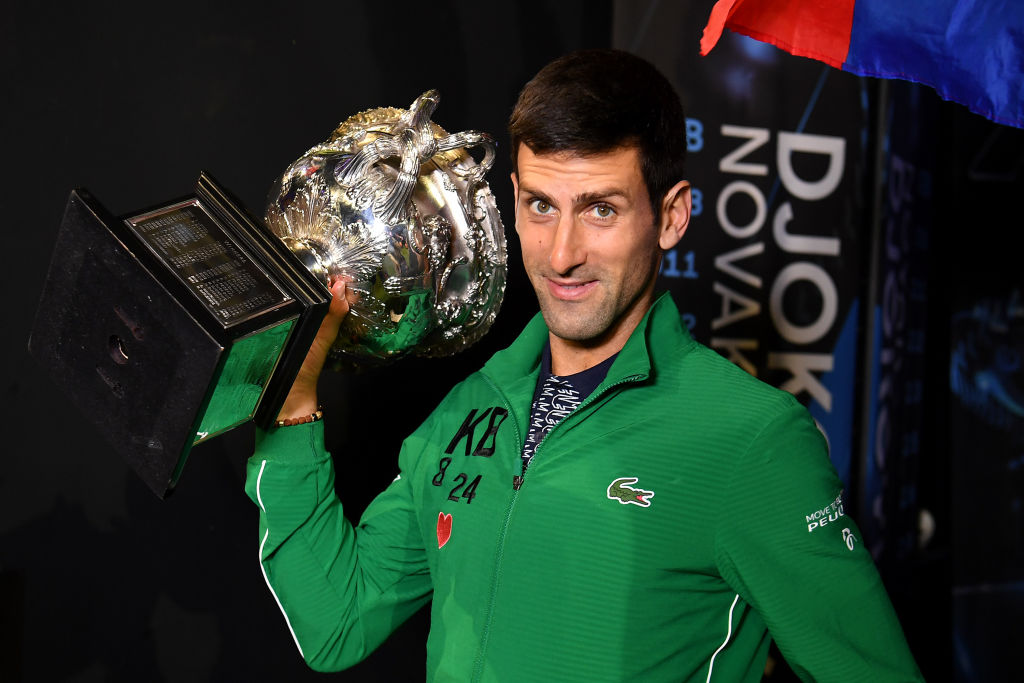 A fresh photograph has emerged of Novak Djokovic posing without a mask at a trophy presentation two days after his lawyers claim he tested positive for Covid-19.

The world number one is currently in a immigration detention hotel in Melbourne after being denied entry to Australia on the grounds that he had presented insufficient evidence that he qualified for a vaccine exemption.

Djokovic’s legal team insist he was granted a medical exemption to compete at this month’s Australian Open after contracting the virus at the end of last year, stating that a PCR test confirmed he tested positive on December 16.

But questions have been raised about the validity of that positive test after multiple pictures taken around the same time showed Djokovic mingling as normal in his native Serbia.

The 34-year-old attended a ceremony at the Novak Tennis Centre in Belgrade, reportedly the day after his positive test on December 17, while he was also seen hugging children and posing for photos without a mask on at his tennis centre in Dorcol.

Now French newspaper L’Equipe have added further doubts over his positive test by revealing the 20-time Slam champion posed for a photoshoot with them on December 18 – two days after his positive PCR test.

Djokovic was presented with L’Equipe’s ‘Champion of Champions’ trophy for 2021 – an award which recognises the outstanding sportsman and sportswoman of the year – with photographer Etienne Garnier taking a picture of the Serb for the newspaper in Belgrade.

Supporters of Djokovic have been protesting outside the Park Hotel where he is staying, while Serbian Prime Minister Ana Brnabic ensured he received gluten-free food and exercise equipment after Voracova described the hotel conditions as ‘like being in prison’.