Nick Kyrgios’ girlfriend Costeen Hatzi has posted an emotional response to the news that the Australian has reached the Wimbledon final. Kyrgios had been scheduled to face Rafael Nadal in the semi-finals of the tournament, but the Spaniard pulled out of the game through injury on Thursday.

It will be the 27-year-old’s first ever Grand Slam singles final since he played his first top-tier tournament in 2012. His best previous result was the quarter-finals of the 2015 Australian Open and in 2014 at Wimbledon.

While he has been handed his place in the final by a walkover, it is still a milestone moment for Kyrgios. And his partner Hatzi has now delivered an emotional response to the news on her Instagram story.

“Finals of wimbledon. This is insane. I love you and we all can’t wait to see you out there with all our support. When you have the right people around you anything is possible,” she posted along with a picture of her kissing Kyrgios. 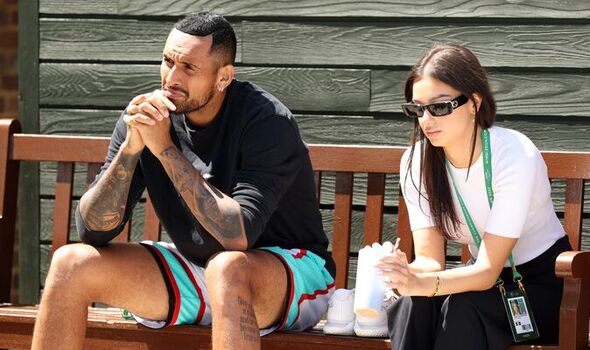 Nadal has been forced to withdraw from the tournament with an abdominal injury, having struggled badly during his win over Taylor Fritz in the semi-finals. The Spaniard won in five sets, pushing through the pain barrier to do so.

The 36-year-old confirmed on Thursday that he had suffered a tear in his abdominal muscle. The tennis icon admitted after those results were confirmed that he felt unable to be competitive over the two matches he would need to win in order to claim his 23rd Grand Slam title. 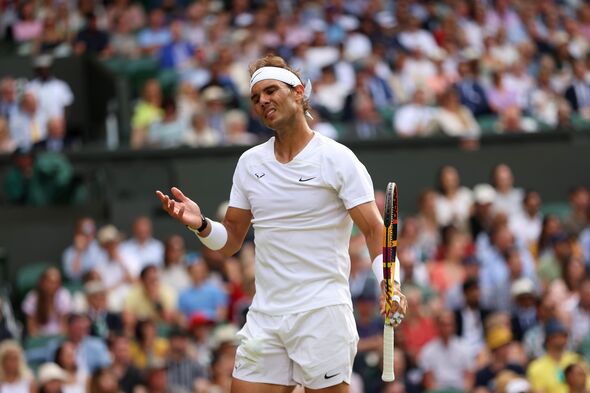 “I have tried a lot of times in my career to keep going but it is obvious the injury will get worse. Throughout the whole day I have been thinking about the decision to make. I think it doesn’t make sense to play. I feel very sad to say that,” he said.

Nadal had taken a medical timeout during his win over Fritz as he struggled badly, in what was ultimately his final game at the All England Club this year. Kyrgios will now play Novak Djokovic or Cameron Norrie in Sunday’s final.