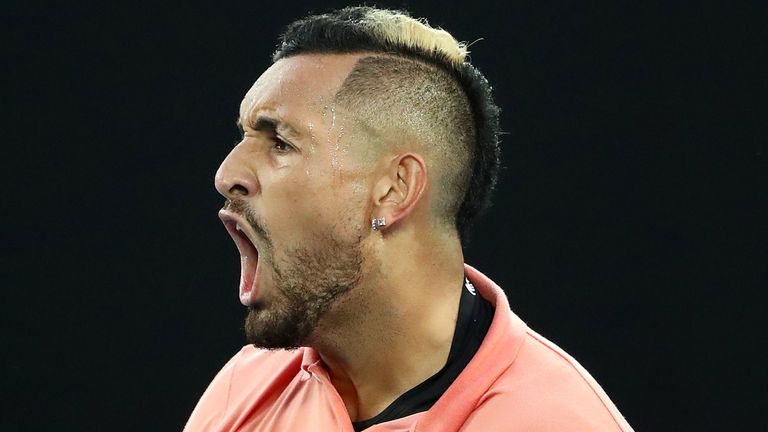 Nick Kyrgios has hit back at Borna Coric after the Croat said he was not bothered by criticism of Novak Djokovic’s Adria Tour exhibition where several players tested positive for coronavirus.

Djokovic, Coric, Grigor Dimitrov and Viktor Troicki all tested positive during the event in Serbia and Croatia, which was later abandoned.

World No 1 Djorkovic was the face behind the tournament and later apologised, admitting he was wrong to organise it with Kyrgios particularly unimpressed it went ahead during the pandemic.

“I read what he wrote, but I simply don’t care because he likes to be a general after a battle,” Coric told Croatia’s Jutarnji List newspaper.

“If someone else was teaching lessons I would have understood, but Kyrgios … it’s somehow not realistic.”

Kyrgios had also criticised Alexander Zverev after a video of the German player dancing at a crowded club emerged online despite the world number seven pledging he would self-isolate following his appearance at the Adria Tour.

“I agree that was not good, Zverev acted badly,” said Coric. “But I don’t see the need to criticise fellow players in such a way. I wouldn’t do it, but again, it’s Kyrgios.”

However, Kyrgios shot back at Coric via social media, saying he “should care” about his comments and suggesting Coruc had the intelligence of a donut.

“Do you have rocks in your head?” Kyrgios said on Twitter.

Related posts:
Basketball News:
Ian Wright questions 'strange' Cavani deal, says Man Utd bought wrong striker
How Arsenal could line up with Thomas Partey vs Tottenham as star set for injury return
England vs France: George Ford believes history proves English should be wary of weakened French team
MLB News:
‘It’s still taking a toll’: Dallas Cowboys pay tribute to life of strength coach Markus Paul
Bud Dupree ACL injury leaves undefeated Steelers with more obvious questions than emphatic answers
You can build a baseball team that doesn’t suck for under $100 million
Recent Posts
This website uses cookies to improve your user experience and to provide you with advertisements that are relevant to your interests. By continuing to browse the site you are agreeing to our use of cookies.Ok