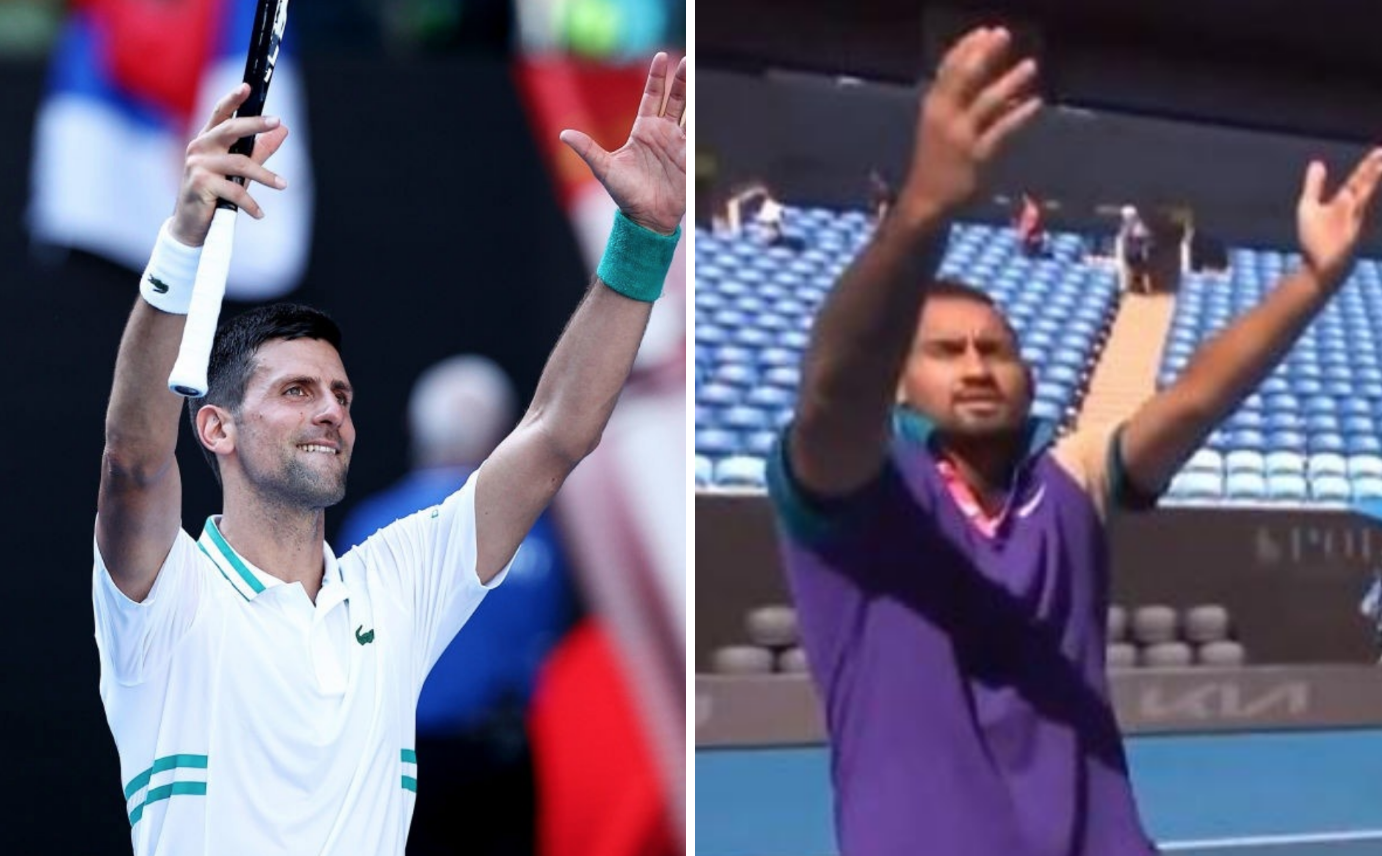 Nick Kyrgios took an unsubtle swipe at Novak Djokovic on Sunday as he mimicked his celebration before his Australian Open doubles clash.

Kyrgios and Djokovic engaged in a war of words during the tournament, with the former branding the latter a ‘tool’ and a ‘strange cat’ and Djokovic claiming he doesn’t have much respect for the Aussie bad boy.

The world No. 47 from Canberra has long expressed his disdain for the 17-time Grand Slam champion and has labelled his “heart-throwing” celebration as ‘cringeworthy’ in the past.

Kyrgios had vowed to do Djokovic’s celebration if he beat him again, but decided to whack it out while heading on court for his doubles match with Thanasi Kokkinakis.

Ultimately, it didn’t inspire him and his partner to victory.