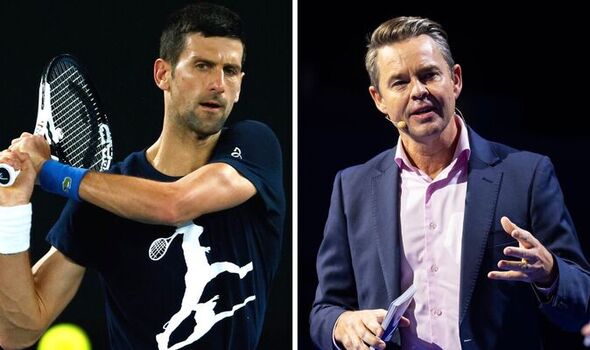 Todd Woodbridge has weighed in on Novak Djokovic’s Australian Open ban saga as the Serb waits to learn whether the federal government will lift his automatic three-year restriction from entering the country so he can compete in the first Grand Slam tournament of 2023.

Djokovic’s Australian Open fate lies in the hands of the federal government after he received an automatic three-year ban from entering the country when he was deported at the start of 2022. The world No 7 had his visa cancelled twice when he arrived in Melbourne back in January for the tournament, winning his first appeal but losing the second which saw him kicked out.

All people deported from Australia are automatically banned from returning for three years but this can be appealed, and the 21-time Grand Slam champion is hoping he will be allowed back in time for January’s Australian Open after missing the tournament this year. Djokovic’s wish to re-enter Australia has caused some controversy among politicians and citizens in recent days, and Aussie tennis legend Todd Woodbridge has now given his verdict.

“I think it’s important not to let emotions get in the way,” the 16-time men’s doubles Grand Slam winner said recently. Woodbridge claimed that personal opinions about Djokovic didn’t “matter” and left things down to the government.

JUST IN: Kyrgios praised for new attitude after ‘sheepish’ reaction to Aus Open

He continued: “Whether you like Novak as a player or you don’t like him as a player. What matters is what the facts are about whether he is allowed to come to Australia. We have to remember that approximately three weeks after the Australian Open, all the rules were changed because of which he had problems, i.e. with which the government had problems.

“For almost 12 months we have had a completely changed situation regarding coming to Australia, now there are no Covid restrictions and rules.” Djokovic’s original ordeal this year started because he entered Australia unvaccinated when the jab was required.

With the restrictions no longer in place, the nine-time Australian Open champion would be able to return to the country and compete if his ban is dropped. But several political figures have questioned whether this is the right idea, with Home Affairs Minister Karen Andrews saying: “There would have been other people in similar circumstances that have also had their visas cancelled.

“So if immigration now chooses to make a special allowance for Novak Djokovic the obvious question is what are they going to do about anyone else who may be in similar circumstances?” Meanwhile, Opposition Tourism Minister Dan Tehan said Djokovic’s ban could only be lifted if it didn’t compromise the integrity of Australia’s immigration system.