ATP Finals: Nadal speaks to Djokovic ahead of tournament

Novak Djokovic is close to overtaking Roger Federer’s all-time record of time spent at the top of the ATP Rankings. Federer’s record stands at 310 weeks at the summit of men’s tennis. However, Djokovic could pass that total as early as March next year.

Djokovic has spent 300 weeks as World No 1 in five different spells.

The Serbian is only the second player to reach that landmark after Federer.

Djokovic is currently on 12,030 ranking points, 2,180 points above Rafael Nadal in second.

Earlier this year, Djokovic stated how overtaking Federer’s record is one of his main career ambitions. 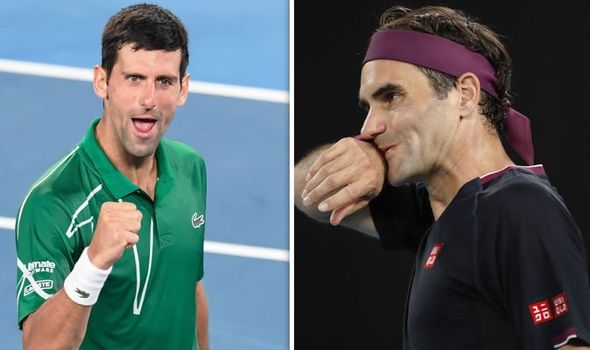 “This is one of my two biggest professional goals,” Djokovic said.

“To reach the record of, [and] surpass Roger’s record for longest [time at] number one and win as many Slams as possible. I have been saying that before, so I’m working towards that.

“I’m at a good place right now, in a good position. Hopefully I can stay healthy and continue to play well.”

Meanwhile, World No 2 Nadal broke a record of his own in November.

The Spaniard overtook Jimmy Connors’ record of the most consecutive weeks in the top 10 of the ATP rankings.

Connors’ record of 789 consecutive weeks in the top 10 had stood since 1988 before Nadal surpassed him.

Former British No 1 Tim Henman was surprised at the achievement because of Nadal’s sketchy injury record.

“It is a phenomenal achievement but for me, what makes it extra surprising is that he’s had injury trouble,” Henman said on Amazon Prime Video.

“There’s been plenty of times where he’s been out for three, four, five months, whether it’s been the knee or the wrist.

“Therefore you’d think the way the ranking system works, with the points staying on for 52 weeks, there’d be periods where he loses a lot of ranking points, but that just hasn’t been the case.”

Former Australian Open semi-finalist Daniela Hantuchova also had her say, claiming it was arguably one of Nadal’s greatest achievements in tennis.

Hantuchova said: “Of course I can’t speak for Rafa but for me that would be something very special and one of the records I think I would appreciate the most because it just shows that incredible consistency over such a long period of time.”