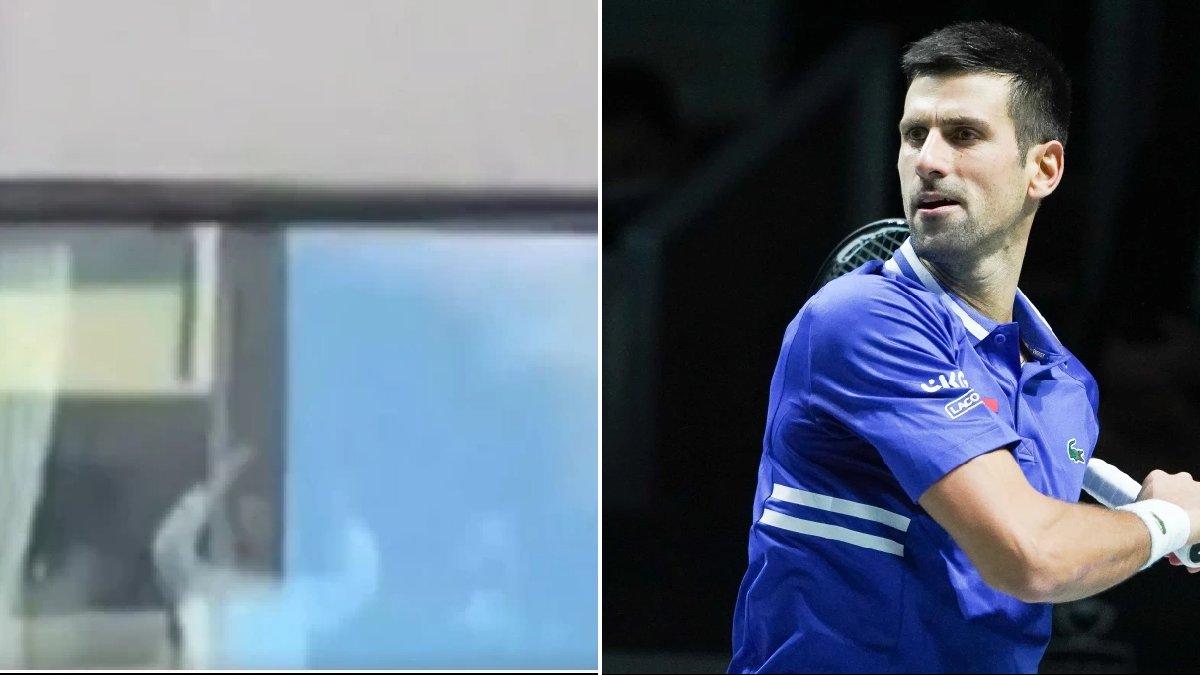 Novak Djokovic has allegedly been spotted blowing kisses to tennis fans outside his detention hotel as he awaits news of whether he will be deported from Australia.

The world No.1’s last 24 hours haven’t gone to plan after he touched down in Melbourne ahead of the Australian Open only to be denied entry to country.

Djokovic was held in the airport for several hours before border officials announced his visa had not met entry rules and he’s now been taken to a government detention hotel where he will remain until a court will decide on his deportation on Monday.

The drama unfolded after the Serb, who has not publicly declared his coronavirus vaccine status, was handed a medical exemption to compete at the first Grand Slam of the year, due to start on January 17.

Fans of the tennis star have now taken to the streets outside his hotel room to show their support for the 34-year-old as the public row continues, which has even seen Serbia’s president claiming his nation’s most celebrated sportsman is being harassed.

Footage posted on Twitter by user @__wa8 appears to show Djokovic at the window of his hotel room blowing kisses and making a heart gesture with his hands, expressing his gratitude to his adoring fans outside.

‘Non-citizens who do not hold a valid visa on entry or who have had their visa cancelled will be detained and removed from Australia. The ABF can confirm Mr Djokovic had access to his phone.’