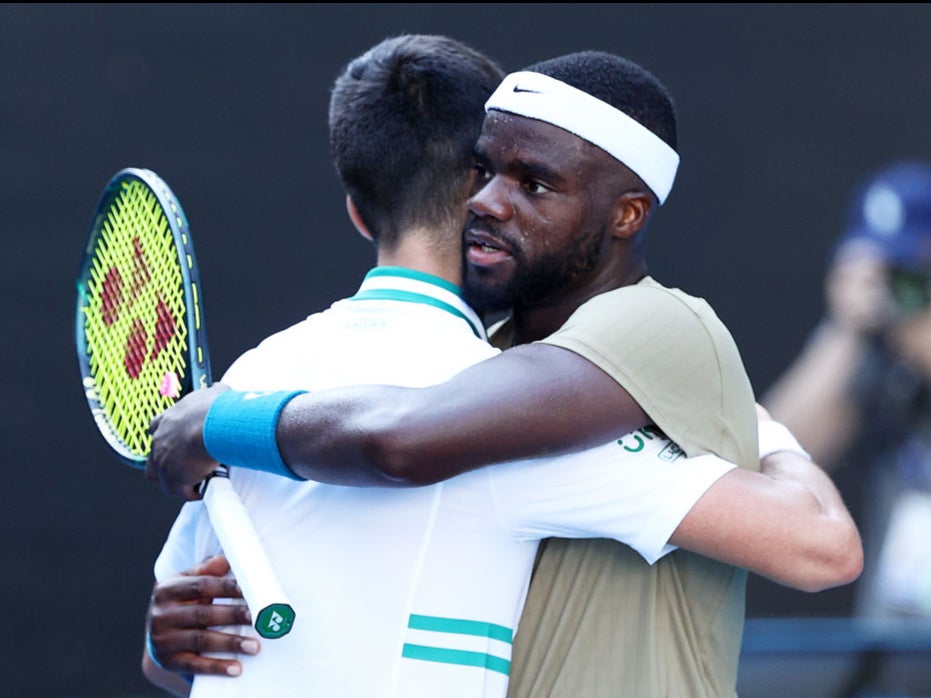 Novak Djokovic and Frances Tiafoe embrace after their match

Some lung-busting rallies in the fourth left both players gasping for breath and it was Tiafoe who lost his way down the finishing straight.

A time violation ultimately cost him his serve to trail 4-3 and a double-fault on match point gave Djokovic victory in three-and-a-half hours.

“It was a very tough match, it was very warm with the sun on the court and a lot of long rallies,” Djokovic, who fired down 26 aces, said on court afterwards.

“I want to give Frances a hand for a great match. If I had to choose I wouldn’t like to have these matches early in the week, but the matches are only going to get tougher.

“I know how to handle these circumstances, but I was lucky to get through the third set, it was anyone’s game. It was high-quality tennis.”

The 2014 winner, seeded 17, was two sets down but fought back to level and then broke back when Fucsovics served for the match in the decider.