Novak Djokovic will team up with the lesser known Jonathan Erlich at the Tel Aviv Open in a bid to re-live their doubles glory. The Serbian star has 89 professional tennis tournament wins to his name, but only one of them has come in the pairs format, when he and Erlich prevailed at Queens in 2010.

He’s entered the doubles in all four Grand Slam events during his career, but has only once been past the first round, at Wimbledon in 2006. However, it’s a format he’s set to get some practice in this week when he plays in Roger Federer’s final tournament, the Laver Cup.

Djokovic is part of the Team Europe side, captained by Bjorn Borg, that is aiming for a fifth consecutive win. They’ll take on a Team World line-up, consisting of the top players from outside the continent of their opponents, which will be led by John McEnroe.

Following that tournament, which takes place from September 23-25, he’ll head to Israel for an ATP event that hasn’t taken place since 1986. But as well as gunning for the singles title. he’ll also honour a long-standing pact he reportedly made with his former partner.

JUST IN: Emma Raducanu learns next opponent for Seoul showdown as comeback begins 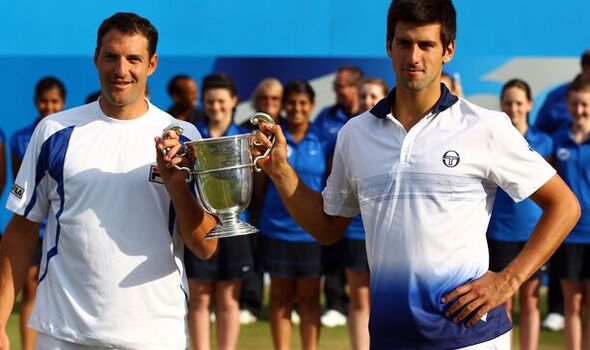 And it seems that Erlich is targeting a Michael Jordan style send-off when he teams up with the 21 time Grand Slam winner: “It’s being billed as the ‘Last Dance’ for Erlich, 45, Israel’s Davis Cup playing captain,” added Stein. 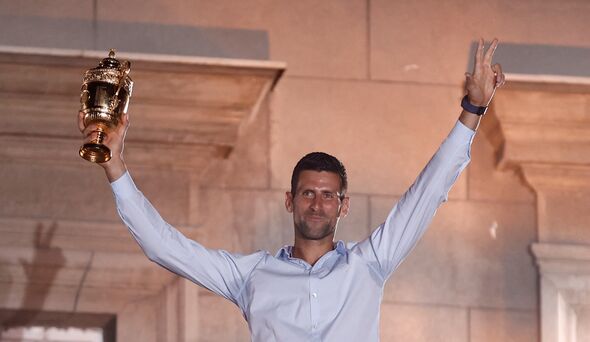 Erlich himself is a doubles specialist, having won the men’s doubles title at the 2008 Australian Open with Andy Ram. He’s also been in two Wimbledon semi-finals, and has a career high ranking of world No. 5 in July 2008.

For Djokovic, any game time is likely to be well received. After winning at SW19 this summer, he was forced to miss the US Open over his continued refusal to be vaccinated Covid-19.