Novak Djokovic will be more concerned with Rafael Nadal than the Spaniard will be with his Serbian rival, according to Alex Corretja. The two tennis heavyweights are the frontrunners for the Australian Open title, which gets underway today.

As the top two seeds, Djokovic and Nadal have been placed in opposite halves of the draw so they cannot meet until the final.

That success at Roland Garros also took him three ahead of Djokovic’s tally.

But will he have one eye looking over his shoulder as eight-time Australian Open champion Djokovic looks to close the gap?

“No, Djokovic will be thinking about Nadal,” Eurosport pundit Corretja told Express Sport. 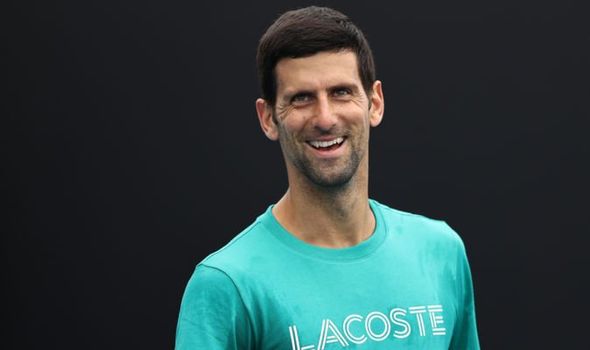 “In this case it is Novak who is the one who has to raise Rafa.

“Rafa has got some room but it is not just about Novak or Rafa. There are other players that can do well in the tournament.

“But it is a new season, a very strange season. If someone is to be thinking ‘if Rafa does it then I go way behind’ it is normal, not the other way around.

“If Novak wins the tournament Rafa knows he is behind him, but in the moment I think it will be more complicated for Novak if Rafa wins than the other way around.”

Djokovic and Nadal are not the only contenders for the title in Melbourne.

“I would like to see how [Dominic] Thiem tests himself,” Corretja added. “When he is on his best he is so dangerous.

“Mentally he is somebody who has improved, he is more consistent now and physically he is very strong. 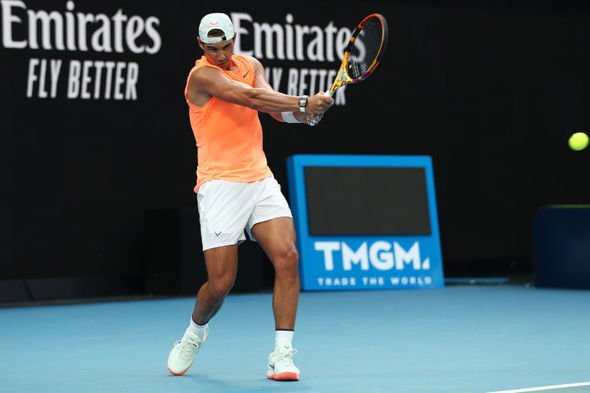 “Then we have to see how [Stefanos] Tsitsipas gets there and some others, [Daniil] Medvedev, [Alexander] Zverev as well.

“There are also tough guys like Bautista [Agut], Carreno [Busta] or [Diego] Schwartzman, even [Denis] Shapovalov.

“Whoever goes on the side of the draw with these players they are usually a little more tired because they spend four or five hours to beat them.”