Twelve months before, Rafael Nadal made a massive statement to the tennis world when he beat Roger Federer in the third round in straight-sets.

It was a coming of age moment for the then 17-year-old, who was being tipped to one day take over from Federer as the world No 1.

And despite his preference for clay, Nadal was back at it again in Miami in 2005, this time reaching the final where he would meet Federer for the second time.

Like in the previous year, Federer had won at Indian Wells and he arrived at Crandon Park determined to complete the ‘Sunshine Double’ for the first time.

Having already had a glimpse of Nadal’s ability, the fans in Miami were hoping for another memorable clash with Federer and they were not disappointed. 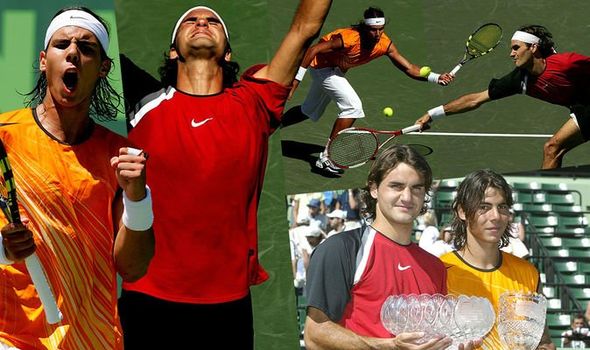 And it was Nadal who started the stronger, breaking in the very first game after an error from Federer and he earned the double break to lead 5-2 as he bullied the Swiss with his groundstrokes.

The 18-year-old then wrapped up the set 6-2 with a comfortable hold of serve to love.

The pair exchanged breaks early in the second set but Federer soon led 5-2 and looked on course to get level.

But the teenager showed impressive resilience to claw back both breaks and steal the set in a tiebreak. 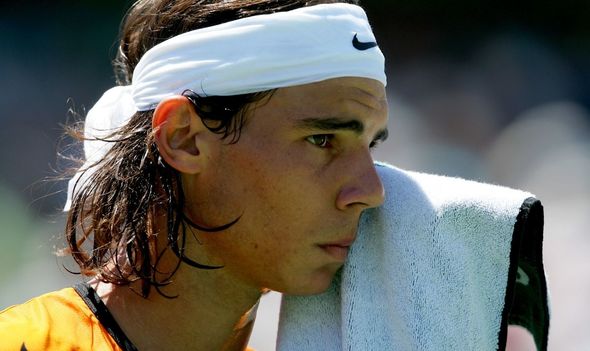 Federer had only once fought back from 0-2 sets down in his career and was playing an inspired opponent, gunning to win his first Masters 1000 title.

Running out of ideas and patience, Federer kept coming forward and getting passed by Nadal at the net.

Nadal got another early break and was two points from victory in the 10th game of the third set but Federer fought back to force a tiebreak and on this occasion, it was his turn to come from behind to steal it and take the match into a fourth set.

From that point onwards, Federer took control of the match with his big-match experience, proving to be too much for his young opponent. 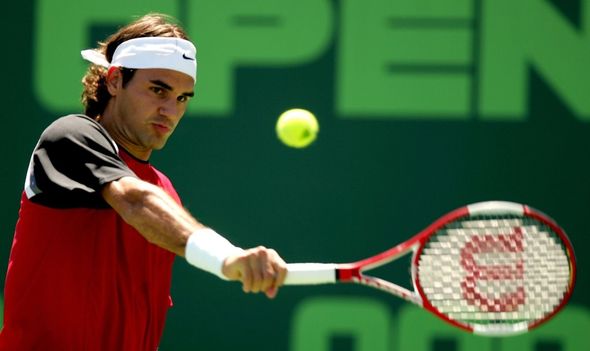 “In the end, I felt like the happiest man in the world,” said Federer. “I’m very happy about this comeback because I had almost never done that in my life. It’s a great moment in my career, especially doing it in a final against a player of that quality.

“We’ll see a lot of him in the future. For me, it was a huge match, because I know what a great player Rafa will be one day.”

Little did we know, these two players would be seeing an awful lot of each other over the coming years.