Home » Tennis » Patrick McEnroe talks about his recovery from the coronavirus 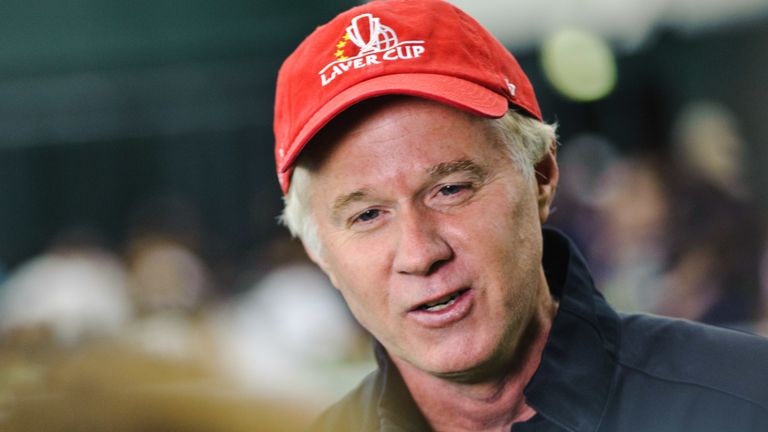 Patrick McEnroe is “doing well” and living out of his basement in quarantine at his home in Westchester County, north of New York City. In an exclusive interview with Sky Sports’ Raz Mirza the former US Davis Cup captain opens up about how he contracted the coronavirus.

McEnroe, younger brother of seven-times Grand Slam champion John, had tested positive for the virus after experiencing symptoms about two-and-a-half-weeks weeks ago.

The 53-year-old broke the news through his Twitter account and he has since been in quarantine in his basement recovering.

He spoke about the lengthy testing process and the symptoms he felt when hearing the news he had the virus, which has become a global pandemic. 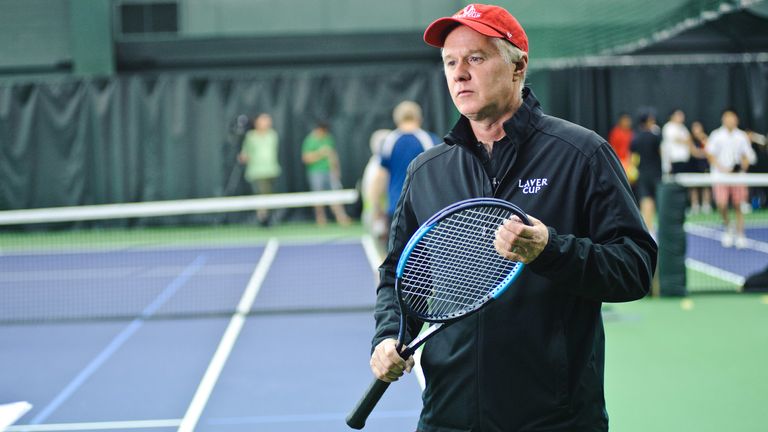 I called up on the toll free number and got on a list. It took me about another week to get the test which was a drive-through test, very well organised and close to where I live. I got the test back after 24 hours and it said positive.

“I had been feeling a little bit more fatigued than normal, very achy. I thought it was because I had started running a bit more because we had basically started shutting things down here in New York, including our McEnroe Tennis Academy. I was obviously feeling a little bit more stressed like many of us around the world with my wife and three children here, so I was feeling not 100 per cent for a couple of days,” said McEnroe.

“On the Saturday I remember finishing dinner and saying to my wife ‘you know, I’m really not feeling great. I think we should take my temperature’. So, we took my temperature and sure enough I had a fever of just over 100 fahrenheit (38 degrees celsius) which is right in that area where most people are getting that type of fever.

“Luckily, we have a basement area in our house that is blocked off and has its own bathroom, so at that point I set myself up in here and that was close to three weeks ago now.

“My symptoms were luckily never that severe. I had a fever a couple of days, diarrhoea a couple of days, aches and pains. I do remember those first couple of nights not sleeping well and then because of what was happening in New York, it was basically impossible to get a test because hospitals and doctors offices were starting to get overwhelmed.

“About a week later I did get a test through New York State. I called up on the toll free number and got on a list. It took me about another week to get the test which was a drive-through test, very well organised and close to where I live. I got the test back after 24 hours and it said positive.” 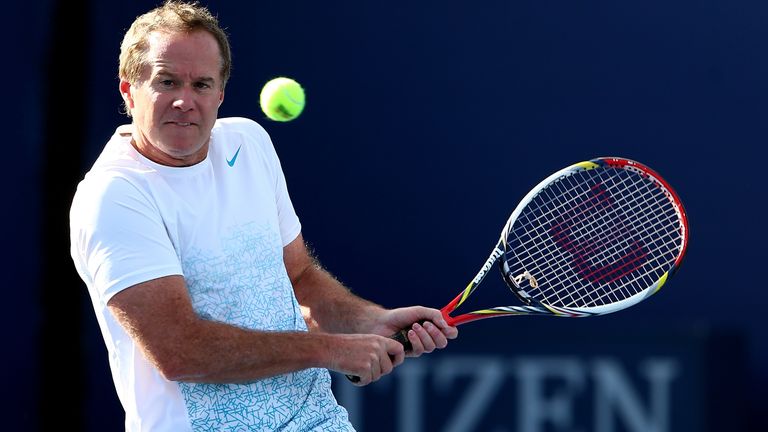 McEnroe admitted it came as a “surprise” when hearing the news he had the coronavirus, but he is “cautiously optimistic” New York will pull through. It currently has the highest death rate when analysed against comparable regions around the world, according to Sky News.

“I’m following all the rules about social distancing and I’m still here because the difficulty in getting another test to prove that I don’t have it – for the sake of myself and my family – means I’m on another list,” he continued.

“My wife has been amazing. My three kids are also doing well. They started online schooling about three weeks ago, so they’re keeping busy. Netflix parties have sort of become the new norm.

Huge thx @DickieV one of my favorite people. Inspiring.

“I’ve been just trying to walk a lot and I’m spending time with my dog, he’s a full on Yorkie. The other thing I’ve been doing is working on a podcast. I had a podcast machine which was sitting in my basement for a while and finally a couple of weeks ago I got it out of the box.”

McEnroe ended the interview by thanking all the medical personnel he says are “busting their buts” to keep everybody alive and healthy.