Rafael Nadal admitted he felt ‘mentally destroyed’ after the defence of his Australian Open title ended in injury and defeat by American Mackenzie McDonald in the second round.

The top seed was already in trouble at a set and a break down to unseeded McDonald when he crouched down in obvious pain clutching his left hip after chasing out wide for a forehand.

After calling for treatment the Spaniard opted to continue, drawing tears from his wife as she watched on as her husband’s quest for a third Australian Open ended after a win over Britain’s Jack Draper in the first round. 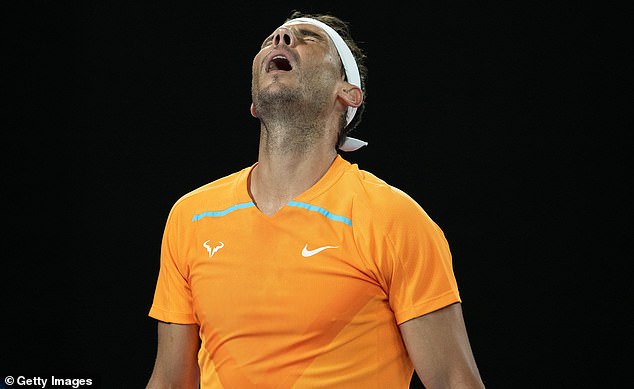 Nadal managed to hold his serve until the 11th game, roared on by fans still believing he could somehow turn things around, but it was a case of when not if McDonald would find a way through and he finished off a 6-4 6-4 7-5 victory. 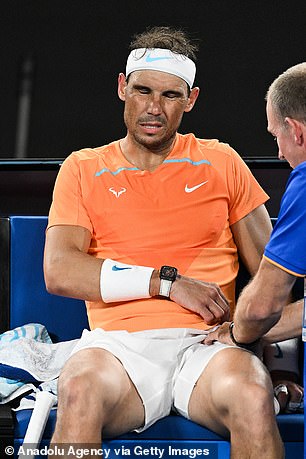 Nadal revealed he had come into the match with an issue in his hip that then became significantly worse.

He said: ‘It has been a couple of days like this, but nothing like today in that movement. We’re going to start talking about that now, but I don’t know what’s going on, if it’s muscle, if it’s joint.

‘I have history in the hip. I had to do treatments in the past, address it a little (but there) was not this amount of problem. Now I feel I cannot move.

‘I tried until the end. I don’t know if in good conditions I will win the match, I will have better chances without a doubt. But at the end, that’s it. I just tried. It was not possible.’

It was a hugely sad way for Nadal to exit the tournament a year after his near-miraculous run to the title when he feared his career may have been over because of a chronic foot problem, and there must be serious doubt over whether he will play again at Melbourne Park.

He went on to win a 22nd grand slam title at the French Open but has found the going tough since suffering an abdominal tear and pulling out of Wimbledon ahead of the semi-finals. 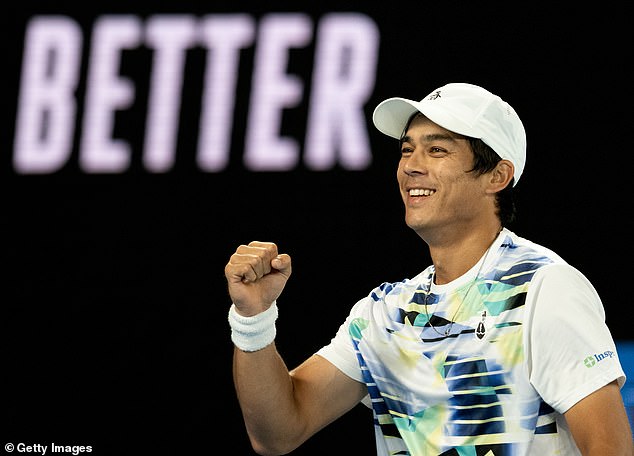 The 36-year-old said: ‘I don’t need to talk and explain the feelings. It was not the right moment to have something like this now.

‘In the end, I can’t complain about my life at all. Just in terms of sports and in terms of injuries and tough moments, that’s another one. I just can’t say that I am not destroyed mentally at this time, because I will be lying. 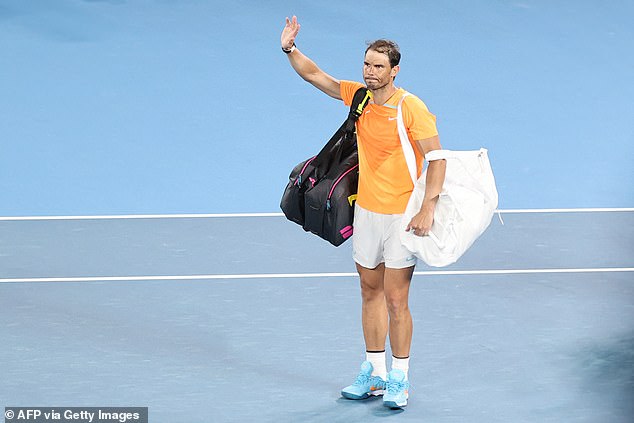 ‘Hopefully it’s nothing too bad. In the end it has been three positive weeks in terms of practice. So I really hope that this doesn’t put me out of the court for a long time, because then it’s tough to make all the recovery again.

‘I went through this process too many times in my career and I am ready to keep doing it, I think, but that’s not easy, without a doubt.’

Nadal went into a first-round clash with Britain’s Jack Draper having lost six of his previous seven matches and, although he scrapped to a four-set victory, he was some way below his best level. 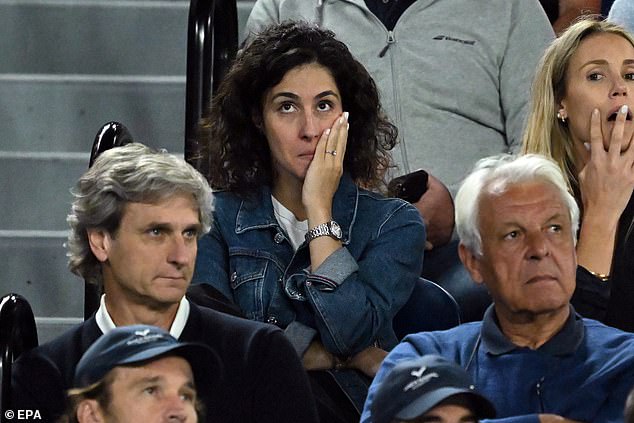 The same was true in the early stages against McDonald, a 27-year-old ranked 65 and looking for his first victory over a top-five player at a grand slam.

The match was played under the roof on Rod Laver Arena on a wet day in Melbourne and the indoor conditions certainly suited the flat-hitting McDonald.

He caught Nadal cold and broke the Spaniard twice to lead 4-1 before the top seed dug in and made a fight of the opening set. 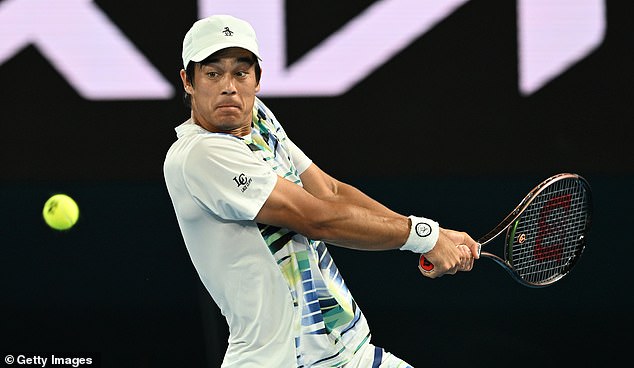 McDonald moved ahead again at the start of the second and – although Nadal responded with three games in a row – the American had just broken to lead 4-3 when the contest effectively ended.

‘I didn’t want to retire being defending champion here. Better like this at the end. I lost. Nothing to say. Congratulate the opponent.’