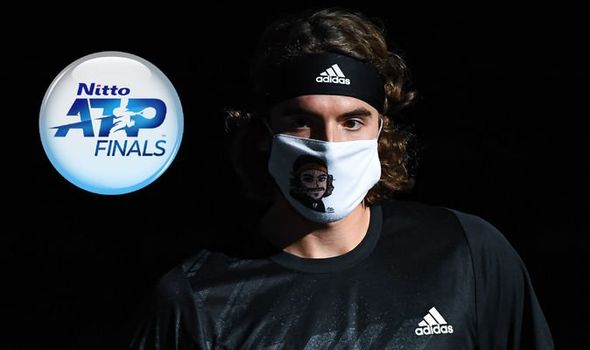 Rafael Nadal and Novak Djokovic have been told to watch out for reigning champion Stefanos Tsitsipas at the ATP Finals as the Greek looks to end the curse that has befallen previous first-time winners.

After winning the year-end tournament for the first time ever, Andy Murray, Grigor Dimitrov and Alexander Zverev have all struggled to enjoy another season of success the following year.

Tsitsipas, by contrast, very much avoided a nightmare year and won in Marseille in February in addition to making the finals of the Dubai Tennis Championships and the German Open.

His highlight of the year came at the French Open where he made the semi-finals – giving Djokovic an almighty scare in the final four as he came from two sets down to pull level before losing the decider 6-1 to crash out.

The 22-year-old has since lost to Dimitrov in Vienna and Ugo Humbert in Paris but will be looking to end 2020 on a high at the Finals. 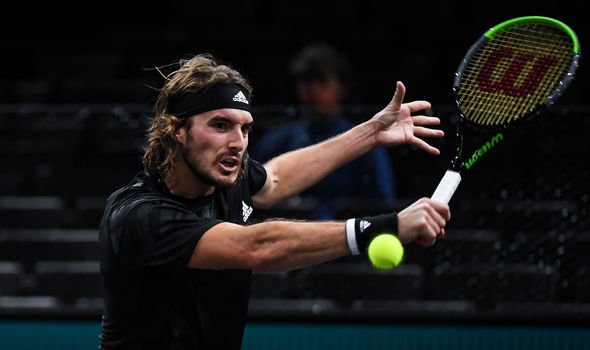 The youngest winner in 18 years with his triumph 12 months ago, Tsitsipas is looking to become the first player ever to be a back-to-back Finals champion without winning a Grand Slam.

And having won it last year, Amazon Prime tennis expert Daniela Hantuchova tells Express Sport that world No 1 Djokovic and world No 2 Nadal ought to keep an eye out for sixth seed Tsitsipas, who gets his tournament underway against US Open winner Dominic Thiem today, in London.

“I was thinking about the other day why some of the guys you mentioned, they were not really able to back it up with another good season,” former WTA ace Hantuchova, host of The Real DNA podcast, said.

“That’s why it’s so been so impressive for Stefanos to be able to have those great results even though he had that little dip in the US Open and in Rome where we were kind of worried about his confidence.

“But he’s picked it up big time since then, obviously having an amazing Roland Garros. If he can do it? Sure he can do it. 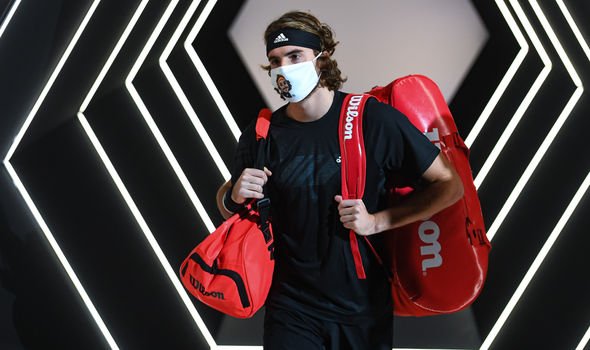 “If you win a tournament once, you can always do it again because you know the feeling, he knows what he did last year.

“It’s going to be tough though obviously, having Rafa and Novak around. With this tournament, it’s so hard to predict anything because we’re talking the top eight players in the world.

“[Daniil] Medvedev playing incredible, [Andrey] Rublev as well. It’s going to be so exciting to watch.”

ATP Finals 2020: Why isn’t Roger Federer at the ATP Finals in London?

The man who defeated Tsitsipas at the Paris Masters, Frenchman Humbert, has left an impression on Hantuchova.

The 22-year-old, who won his first ATP titles with Auckland Open and European Open successes, moved into the top 30 for the first time in his career having also downed Casper Ruud and Marin Cilic in Paris.

Hantuchova said of Humbert, who started the season placed No 57: “I have to say I absolutely love, love, love the way Hugo Humbert played in Paris, the lefty.

“I love how he’s got such easy power, so much touch and feel. He played some incredibly long matches and we thought physically he wasn’t going to be able to bounce back.

“Yet he played one great match after another. If there were fans in Paris, I can’t even imagine how much support he would be getting.

“I believe he’s got a lot of potential to go very, very deep into the Slams and I will personally following him big time next year and what kind of season he will have. He seems like a very nice guy too!”

Former Tennis Professional and current Sports Broadcaster and Social Influencer Daniela Hantuchova interviews highly successful guests from the world of sports, entertainment, and culture on her podcast The Real DNA. Daniela pursues the common thread or the DNA of what breeds success at the highest levels. You can listen here.