Former world No 1 Juan Carlos Ferrero says Carlos Alcaraz can cope with the pressure of being labelled the ‘next Rafael Nadal’.

With any young starlet who bursts onto the scene, comparisons are quickly drawn with the great players to ever play the game.

And it has been no different for Alcaraz with some comparing him to his fellow Spaniard Rafael Nadal.

If Alcaraz were to enjoy a career half as good as Nadal’s he will have had a great career.

Nevertheless, the pressure on players to live up to the tags handed out is inevitable. 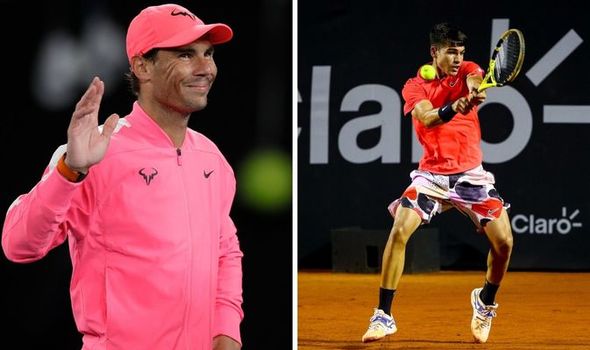 Fortunately for Alcaraz, he has an experienced shoulder to lean on in Ferrero.

The 2003 French Open champion was a fine player in his own right and knows what it takes to get to the top.

And Ferrero says Alcaraz is now comfortable with the pressure of being compared to Nadal and backed him to have a successful career.

He told the ATP: “Usually he hears people who say he is going to be the next Rafael Nadal… of course, it’s going to be difficult for him to [keep things] normal and stay calm and not tell me, ‘Why are they saying this to me?’ 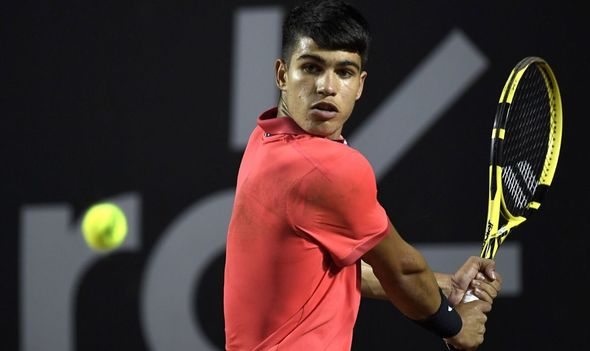 “But he’s a little bit used to it, because most of the people here in Spain, they come to him many times and tell him he’s going to be the next Rafa Nadal.

“Finally, I think he’s used to it and he put it away and he goes his own way to always work very hard and to try to make his own career.

“Of course, the comparison is going to be there because for people here in Spain, it’s been a long time that we haven’t had anyone at the age of 16 or 17 [playing] this kind of level.

“But the team that is around him, we have to try to [keep a circle] around him to help him try to put this pressure away, to make him calm, to keep things normal, so he can go his own way.”

Alcaraz earned a breakthrough win at the Rio Open in February by beating Albert Ramos-Vinolas and Ferrero hailed the physical development of the teen.

He added: “The thing is, he always was competing against guys who were older. He’s used to playing against people older than him.

“So now, even the match against Albert Ramos-Vinolas in Rio, the guy was 32 and he’s 16, and obviously the most important thing for him is that he improved physically very much.

“That’s why he can stay in the match for three and a half hours and he can play against guys who are older than him.”