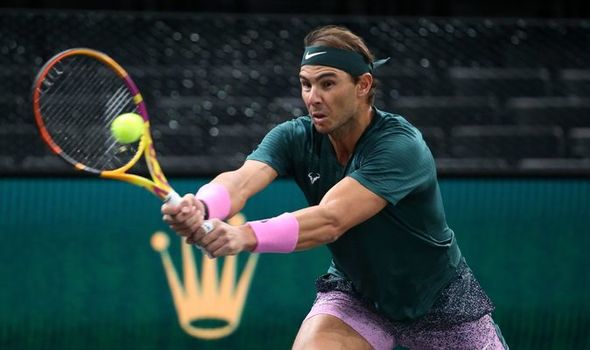 Rafael Nadal’s Paris Masters problems continued as he was knocked out of the tournament by Alexander Zverev at the semi-final stage. The Spaniard had no answer for the power-hitting of his German opponent who booked his place in tomorrow’s final against Daniil Medvedev.

It also means Nadal has still not to win the indoor event with Novak Djokovic remaining the only man to win all nine events on the Masters circuit.

Djokovic had already secured that he would remain the world number one at the end of 2020 despite not playing in the event.

Nadal has struggled throughout his career at the Paris Masters – one of three events he has not won in the series.

Shanghai and Miami are the other two.

Zverev was impressive throughout the win and despite losing a break in the second set showed resilience in breaking Nadal again.

Questions remain over Nadal on indoor courts, something which could mean the Spaniard struggles at the ATP Tour Finals later this month in London at the O2 Arena.

That will give his rival Djokovic confidence going into the event.

After the win Zverev said: “I’m extremely happy. How the season continued for me after the break has been pretty good.

“Tomorrow is the final and it is going to be difficult no matter what. Daniil is a really great player, especially on these kind of surfaces.”

Zverev also opened up on the influence of his coach David Ferrer since they joined forces.

He explained: “I think the biggest influence were the practice we did during the break that we had because of Covid.

“I think we worked quite hard on a lot of things.

“We improved a lot of things and I think it is showing on court now.” 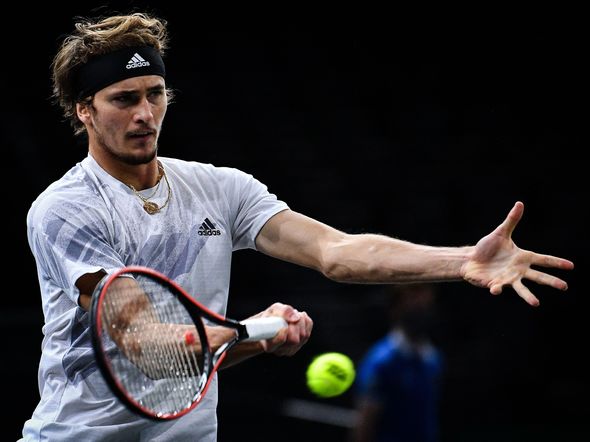 Zverev does not think his good head-to-head record necessarily gives him an advantage in the final tomorrow though.

He said: “The head-to-head is one thing but in a final it is very different.

“He beat me in the final of Shanghai and he’s playing great tennis. I think this surface suits him quite well as well.

“He is going to be very difficult to beat but I think it will be entertaining.”

Related posts:
Basketball News:
Roy Keane disagrees with Mikel Arteta as he takes aim at "soft" Arsenal
Source: WR Snead joins Ravens positive for virus
Joe Joyce’s jab settles rivalry with Daniel Dubois and sets up world title shot
MLB News:
Source: WR Snead joins Ravens positive for virus
Brandon Wilson, Bengals shock Giants with 103-yard kickoff return
Why Kendall Hinton is wide receiver-eligible in fantasy football on Yahoo, CBS but not ESPN
Recent Posts
This website uses cookies to improve your user experience and to provide you with advertisements that are relevant to your interests. By continuing to browse the site you are agreeing to our use of cookies.Ok