Rafael Nadal insists he “never thought” about potentially winning all four Grand Slams this year when withdrawing from Wimbledon. The Spaniard’s chances of doing what Novak Djokovic narrowly missed out on in 2021 evaporated on Thursday night when he pulled out of the Championships due to a stomach muscle injury.

The Spaniard called a press conference to confirm that he would not be playing his semi-final against Nick Kyrgios on Friday afternoon. Nadal has suffered an abdominal tear which he struggled with throughout his five-set quarter-final win over Taylor Fritz.

The 22-time Grand Slam winner had been seeking a third Major of the year at Wimbledon and what would’ve been his first SW19 triumph since 2010. And now his hopes of doing what Djokovic didn’t – winning every Slam in the same year, as only Don Budge and Rod Laver have ever done before in the men’s game – have now disappeared.

MUST READ: Wimbledon release Rafael Nadal statement after he pulls out injured 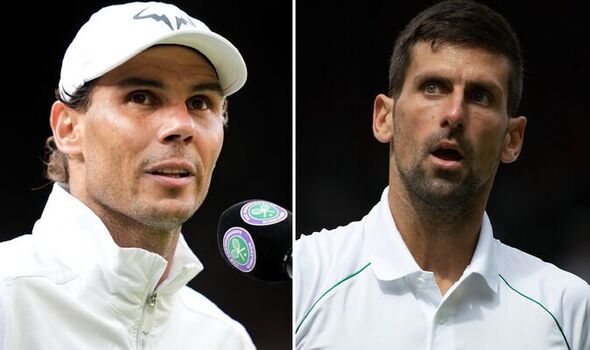 Nadal added: “I make the decision because I don’t believe I can win two matches under the circumstances. It is not only I can’t serve at the right speed, it is I can’t do the normal movement to serve.

“After that to imagine myself winning two matches, and for respect for myself in some way, I don’t want to go out there and not be competitive enough to play at the level I need to play to achieve my goals.”

Novak Djokovic is now the overwhelming favourite to win Wimbledon to move on to 21 Slams. The world No 3 won all bar the US Open last year, losing in the final to Daniil Medvedev. But the Serb may be banned from returning to Flushing Meadows this year because he is not vaccinated against Covid. 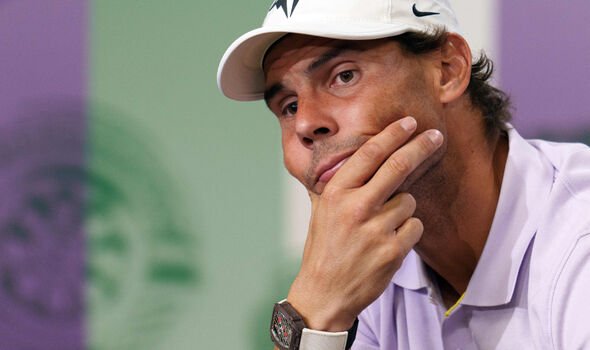 Nadal has meanwhile confirmed he hopes to be fit within a month, with the US Open beginning in around seven weeks. The world 4 said: “My hope is in three to four weeks will allow me to do my normal calendar. In one week I will be able to play from baseline without serving. That’s a positive thing.”

The ‘King of Clay’ does not currently have any tournaments on his schedule prior to the US Open. But he may not feel he needs too many warm-up matches. He won the French Open last month despite playing five times on clay before heading to Roland Garros.

The US Open is Nadal’s second most successful Major, having won it four times including in 2019 which was when he last competed at the event. Nadal was absent for the post-lockdown return of Stateside Slam last year because of a long-term foot injury.