Highlights from day nine of Wimbledon

Rafael Nadal looked back on his legendary Wimbledon clashes with Roger Federer after the Spaniard defeated Taylor Fritz 3-6 7-5 3-6 7-5 7-6(4) to set up a semi-final tie with Nick Kyrgios. A thrilling match saw Nadal battle an abdominal injury to claim a huge victory and was asked about another famous night he enjoyed on Centre Court in 2008 when he defeated Federer 6-4, 6-4, 6-7, 6-7, 9-7.

“It happened a long time ago but of course it’s impossible to forget that final with Roger,” Nadal told the on-court reporter. “And another semi-final in recent years, 2019. I think all the special moments we shared together around the world and this court, we played a couple of the most important matches of our career.

“For me, throwing back to 2008, it was difficult to imagine that in 2022 I will be here in Wimbledon playing but here I am and I am happy for that.  I honestly enjoy a lot playing these kind of matches in front of you guys. I can’t thank you enough for the support

“It’s been a tough afternoon against a great player. Credit to Taylor that he has been doing great all season. Personally for me it was not an easy match at all so it is great to be in the semi-finals.” 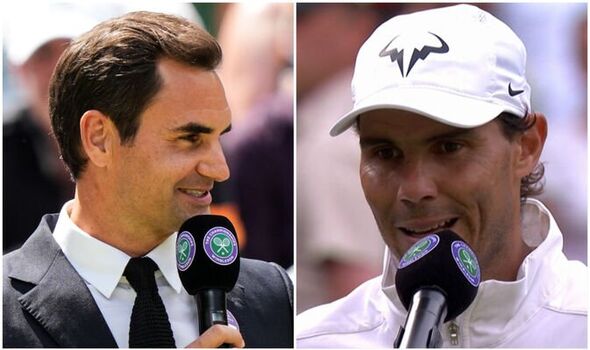 John McEnroe dubbed the 2008 Wimbledon final as “the greatest match I’ve ever seen” as Nadal clinched his first Wimbledon title and became the first man since Bjorn Borg to win both Wimbledon and the French Open in the same year.

Federer had won five consecutive SW19 finals, but after over five hours his dominance was halted by Nadal and although the Swiss claimed he “tried everything” to defeat Nadal he came up just short in one of tennis’ most memorable matches. 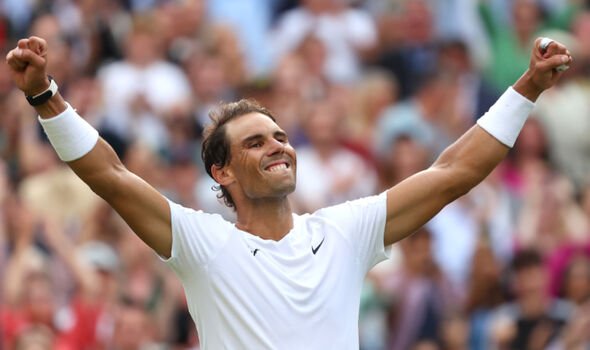 Nadal required medical attention against Fritz and was even told by his father to retire from the game, but battled on to reach another Wimbledon semi-final. “The body in general is fine,” Nadal said. “But in the abdominal something is not going well, being honest. I had to find a way to serve a little bit different. For a lot of moments I was thinking I would not be able to finish the match but the crowd, the energy, thanks for that.

“I hope to be ready to play it [the semi-final]. Then Nick is a great player on all the surfaces but especially on grass. He’s having a great grass court season. I need to be at 100 per cent to keep having chances.”

Former British No 1 Laura Robson believes there is “no chance” the semi between Kyrgios and Nadal could be any more dramatic than the 36-year-old’s quarter-final win. “Where do you start?” Robson told BBC 5 Live. “What a win that was. We were so sure he was going to stop but as Rafa does he finds a way through. It is hard to imagine the match against Kyrgios being any more dramatic than this one.”