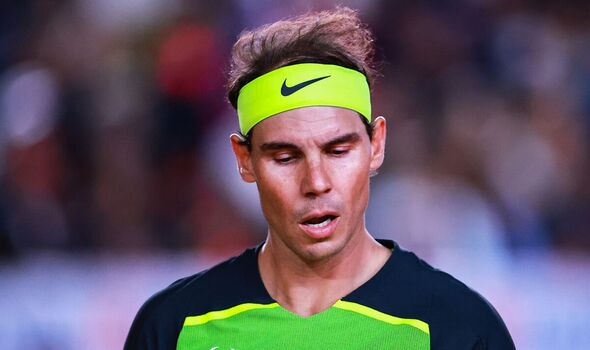 Rafael Nadal has announced that he has parted ways with long-term coach Francis Roig, who has worked with the Spaniard for the duration of his professional tennis career. Roig began coaching Nadal back in 2005, when the 36-year-old was yet to win his first Grand Slam title.

Their working relationship has since emerged as one of the most successful between a player and coach in the history of the sport, but Nadal will now be on the lookout for a new candidate as he prepares to defend his Australian Open title when the Grand Slam schedule returns next month. He announced his split with Roig on Friday by posting an emotional series of tweets, in which he thanked his long-term coach for his unwavering service over the last 17 years.

“I wanted to inform you that Francis Roig is leaving the team,” wrote Nadal. “Francis has been an important person in my career and I am very grateful to him for all these years of work and friendship. When we started working together I was a child and together with my uncle Toni, we started on the circuit.

“Francis is a great coach who knows tennis very well and has helped me a lot to get better and better. I only have words of gratitude and I wish him all the luck in the world in his new project.”

There are few people in tennis who know more about Nadal than Roig, who reached a career-high singles ranking of No 60 during his own 14-year spell as a professional before retiring in 2001. He insisted back in 2020 that he has thoroughly enjoyed working with Nadal as a result of the latter’s desire to keep improving in spite of the success he has achieved in the sport since making his tour debut 22 years ago.

“Being by his side, watching everything, you can’t help but think that his limits are very high,” Roig told the ATP website. “I used to talk to him about numbers, and he always guessed low. Kind of like he was expecting to have a good career, but not as exceptional as the one he is producing.

“The thing I’ve valued most about Rafa is his humility, the ability to keep listening and keep improving. Or being able to win points with few weapons because he’s not playing his best tennis. And then he has something that’s very good in tournaments.

“When he finds his game, it’s rare that he loses it. And the consistency of so many years without leaving the top 10. Even the year when he was struggling, when he found it mentally difficult to compete, he was the only one who didn’t drop out of the top 10.”