Nadal came into the tournament with a back injury but declared after his third-round win over Cameron Norrie that it had finally started to improve.

He has now reached the last eight without dropping a set. 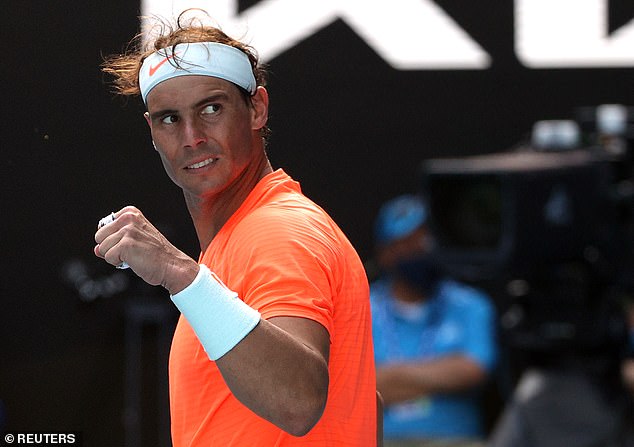 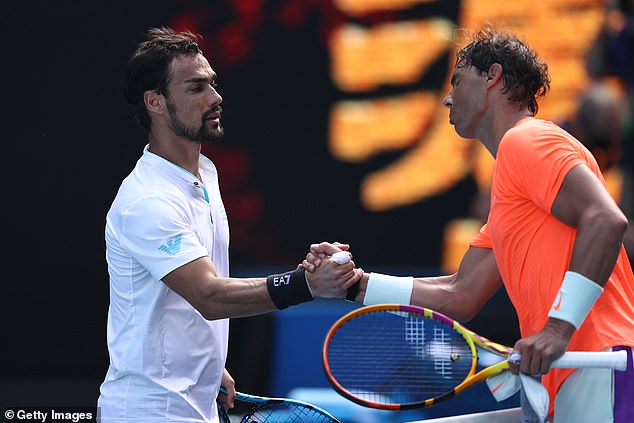 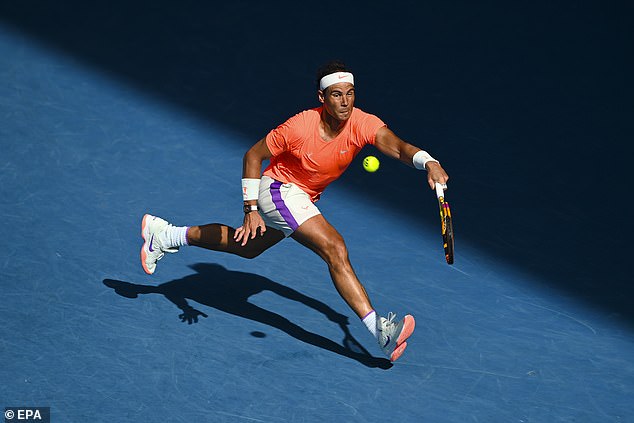 Fognini, who came from two sets down to beat Nadal at the US Open in 2015, led by a break in the second set but lacked the discipline to really challenge the second seed, who eased to a 6-3 6-4 6-2 victory.

The score suggested otherwise, but it was a quality two-hour 16-minute workout for Nadal, who had to rally from 4-2 down in the second set to put the match on his terms.

From there, the momentum was all the Spaniard’s as Nadal roared through the final set to fix up a clash with either Stefanos Tsitsipas or Matteo Berrettini.

Nadal said after his win: ‘I played a good game when he broke me [in the second set] and was lucky to have the break back immediately and save a game from love-40 so I was a bit lucky.

‘It was humid and warm but the conditions are quicker during the day and for me it’s better to play in the day as I like the ball flying. But I need to adapt for all the conditions.

‘I’m happy the back is holding up but [Tuesday] will be an important day for practice.’