Rafael Nadal celebrated his 35th birthday in style with a 17th consecutive victory over old rival Richard Gasquet to move through to the third round at the French Open.

The pair first met as juniors when they were 12 years old and Gasquet was marked out as the man who could make Philippe Chatrier his court.

He won on that occasion but, since turning professional, it has been a very different story, and Nadal’s 6-0 7-5 6-2 victory took his record against Gasquet at tour level to 17-0.

It is the sixth time in the Open era that one player has remained unbeaten against another through so many matches. Novak Djokovic holds the same record against Gael Monfils while Roger Federer beat both Mikhail Youzhny and David Ferrer 17 times without reply.

It is nearly 13 years since Gasquet so much as won a set against the great Spaniard, and a whitewash looked on the cards when Nadal stormed through the first set under the lights.

To Gasquet’s credit, he did not allow the match to run away with him and recovered from 5-2 down in the second set only for Nadal to take it anyway. 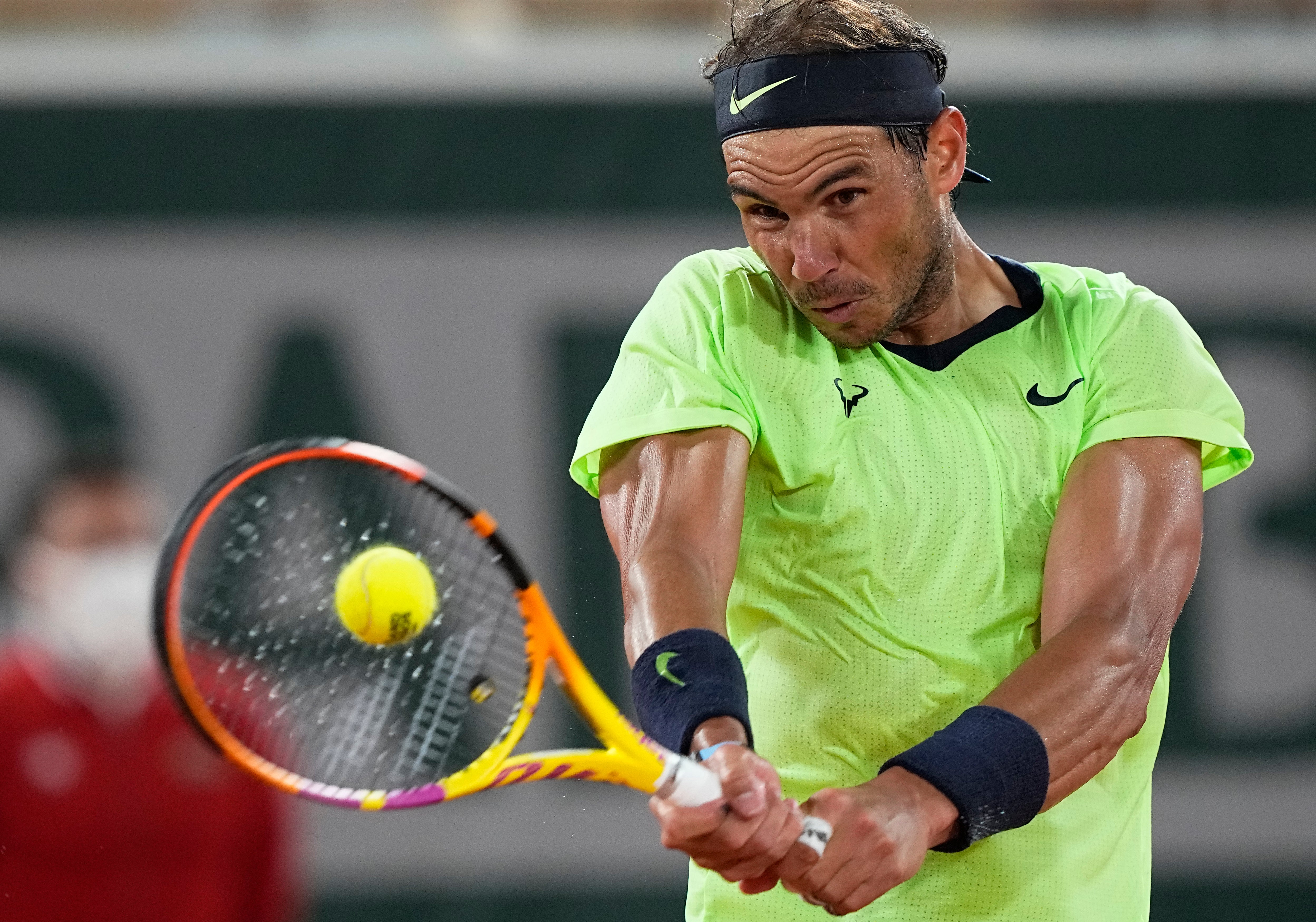 He had the answers in the third set as well and extended his record of consecutive sets won at Roland Garros to 29 to set up a third-round clash with Britain’s Cameron Norrie.

“I think I played an amazing first set, a great one,” said Nadal. “I don’t feel Richard was playing that bad in the first set to have that score but I didn’t miss balls and I was hitting all the time the spots so I played I think with very high intensity.

“Then the second was a little bit different. I had that set point in the 5-2 game and then I didn’t play a good game with my serve. And then it’s normal you suffer against a great player like Richard. Happy to win that second set and then after that I was a little bit more under control.”