Rafael Nadal has issued a positive fitness update ahead of Wimbledon, claiming he no longer feels the pain that has stifled him over the last 18 months. The 36-year-old is seemingly entering the third Grand Slam of the season in good condition, threatening Novak Djokovic’s hopes of a seventh title at the All England Club.

Nadal returns to Wimbledon for the first time since 2019 this year, searching to continue his relentless hunt for major honours. He has already lifted the Australian Open and French Open in 2022 and is halfway to an illustrious Calendar Slam.

A long-standing degenerative left-foot injury required treatment through pain-killing injections during his 14th winning campaign at Roland Garros last month. In the aftermath, Nadal revealed he was doubtful to feature in SW19. However, his preparations and treatment since landing in England have put him in promising stead and if fully fit, he could be unstoppable.

Ahead of Tuesday’s first-round clash against Francisco Cerundolo, Nadal has explained that for the first time in a ‘year and a half’, he is free of pain. He said: “I’m here because things are better. I’m happy but can’t be super happy because I don’t know what can happen. 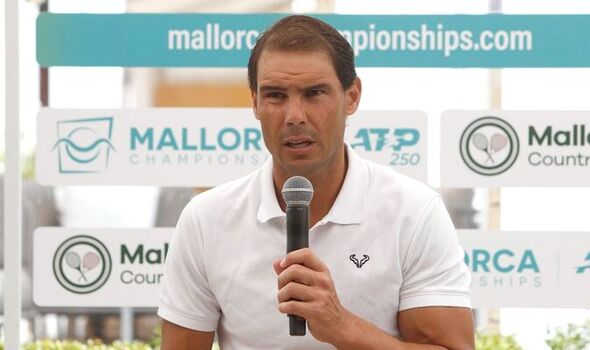 “I only can speak about the feelings in the last two weeks. First of all, I can walk normal most days – almost every single day. When I wake up, I don’t have this pain I did for the last year and a half. And secondly, in two weeks of practising, I’ve not had one of those terrible days when I can’t move at all. Overall, I’m positive in terms of pain.”

While Nadal looks set to battle for his first Wimbledon title since 2010, a familiar icon will be absent from the All England Club. For the first time since 1998, Roger Federer won’t be competing as he continues to recover from knee surgery. “It’s difficult to think about tennis in the last 15 years without thinking of our rivalry,” Nadal added. 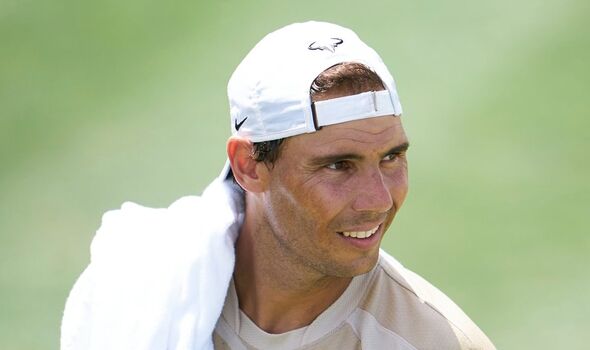 With Djokovic missing the Australian Open, losing to Nadal at the French Open and potentially facing a ban from the US Open, Wimbledon could be his last shot at adding to his Grand Slam tally this year. Nadal’s success over the last 6 months has drawn him two majors ahead of the world No 1 and Federer on 22.

Djokovic has avoided the Spaniard in his half of the draw and could rely on Matteo Berrettini – undefeated on grass so far this year – or Stefanos Tsitsipas to stop his winning run in the semi-finals. But if Nadal can achieve more glory on an unfavourable surface, it would further cement his iconic legacy.