After their epic encounter, Tsitsipas hailed his rival’s staying power and said Nadal’s unbreakable will to win makes him such a formidable force on court.

“He’s a real competitor on the court,” he said.

“I haven’t seen anyone fight like this. He makes my life really difficult on court.”

Any player looking to get the better of Rafael Nadal on clay needs to be ready for an all-out battle, according to one of the Spanish star’s big rivals.

Greek player and world number five Stefanos Tsitsipas battled back and forth with Nadal for more than three and a half hours in the titanic finale to the Barcelona Open before eventually succumbing to the Mallorcan 6-4, 6-7 (6-8), 7-5. 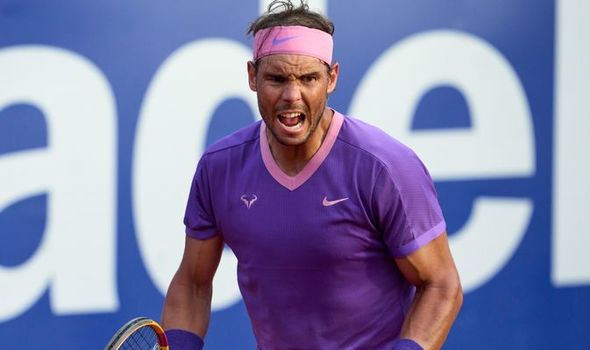 After going toe-to-toe with Nadal in their gruelling final, Tsitsipas admitted that he had plenty of positives to take from the encounter, even though he ended up on the losing end of the matchup.

“I’m there to accept those terms and play based on his desire to fight,” he continued.

“It also makes me a better player and I can see myself reaching my limits.

“It’s definitely something good to have for my personal development and growth.”

Nadal’s victory saw him move above Russia’s Daniil Medvedev to take the number two slot in the ATP rankings, behind rival Novak Djokovic.

His win was also an ominous one for his rivals as he showed that he’s in strong form heading toward the French Open in May.

No player has enjoyed more success on the famous red courts of Roland Garros than Nadal, who has claimed a staggering 13 French Open titles throughout his stellar career.

The 34-year-old left-hander has won each of the last four French Open titles, and will be looking to add a fifth successive championship this year to emulate his run between 2010 and 2014, where he picked up five French Open titles in a row.