The days of Paul Jubb having to forego his Wimbledon prize money are over, now that he is formally leaving college in America to turn professional.

Jubb, brought up on a council estate in Hull largely by his grandmother, was the surprise package of last summer’s grass court season, which earned him £55,000.

He was unable to take most of it due to his amateur status as a student at the University of South Carolina, where he created waves by winning the prestigious NCAA championship. 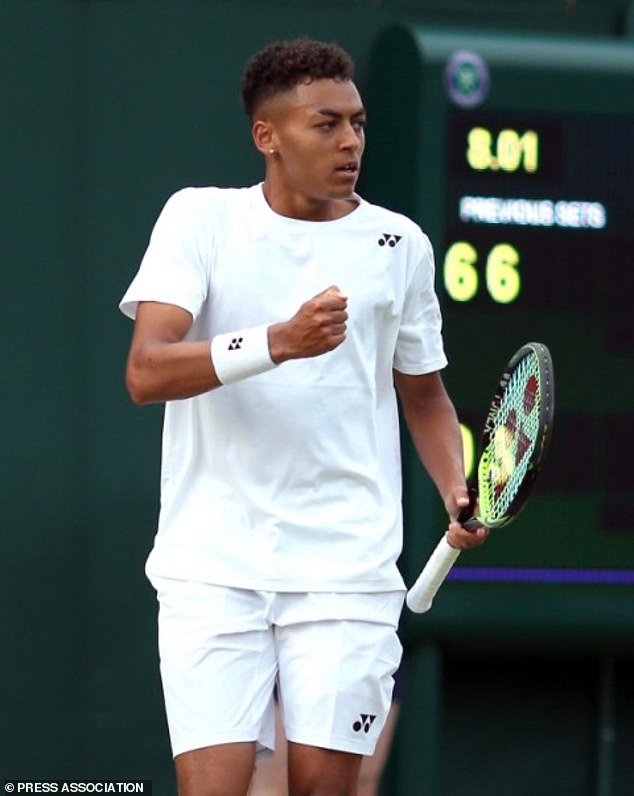 Paul Jubb (above), 20, was the surprise package of last summer’s grass court season

Now 20, he will be rejoining the circuit as a fully-fledged professional, whenever it happens to restart.

Due to strict rules governing American college sports he was only able to use his earnings to directly meet tennis costs, in what has turned out to be his final year as a student of Retail Management.

‘I can’t actually do any more with that money now,’ said Jubb, who has been back in Yorkshire during the lockdown period.

‘That money has gone. I didn’t really get that much back, only what I used for expenses. I worked closely with my university’s compliance to make sure I didn’t break any of the rules or take more than I was allowed to take so I could go back for this season. 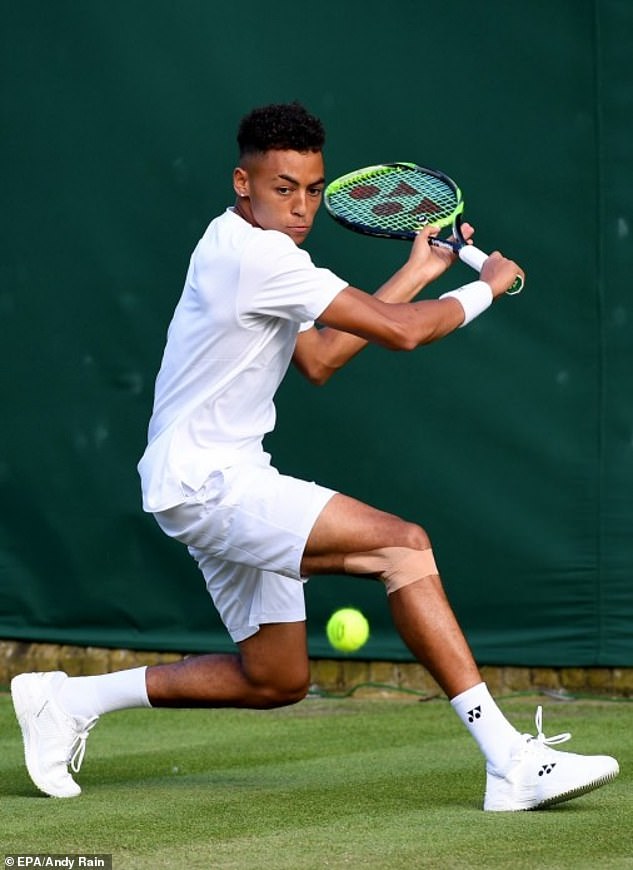 ‘It was obviously a bit disheartening to watch all the rest of that money go away and not see it go into my bank. Hopefully I can put myself in a situation again when I can play in a Grand Slam and keep it next time.’

He has still to finish his degree, although will retain the option to do that remotely. The time has come to see if his athletic baseline game can really cut it among the pros.

‘I’m actually just finishing up this semester, I’m finishing my classes online. Come the end of this week I’ll be done with school. I haven’t got my degree, I’d need to have another year of school (because he had missed quite a lot of time to play the tour).

‘It’s just the way things worked out and I want to get on with my tennis. I can always go back and finish my degree whenever I finish with tennis, so I’ve always got that option.’

Having barely played the circuit this year, his ranking has drifted back below the 500 mark. His performances last season suggested his actual level is much higher than that.

A place inside the world’s top 100 is the goal: ‘I want to get there as soon as possible really. I don’t want to be hanging around outside it.. You never know how long it’s going to take and have to trust the process and keep going.’

Jubb will get support from the LTA and plans to train partly at the JTC centre in West London, but he will also return at times to South Carolina and his coach there, Josh Goffi.

Like his fellow British players, he is itching for the chance to return to the court. He may play in one of the exhibition events mooted for the summer, although the planning for any such thing is embryonic and subject to factors that nobody can yet know.

‘Definitely I wish I could be hitting balls right now,’ he said. ‘It’s what any tennis player who loves the game wants to be doing. The fitness work is all good but we want to be doing the thing we love which is hitting those tennis balls on the court. It’s tough in that sense mentally, but it just gives you that extra motivation to get on the court working hard.’

Jubb has not come from what might be perceived as a traditional tennis background, having been mostly raised by his grandmother Valerie, after his parents died young. He remains close by to her while the current restrictions remain in place.

‘I’m at my auntie and uncle’s house,’ he said. ‘ They’re literally around the corner from my grandma’s house. I go to take stuff round to her when she needs it in these tough times. She can’t be really going outside and we have to be careful with those things.’