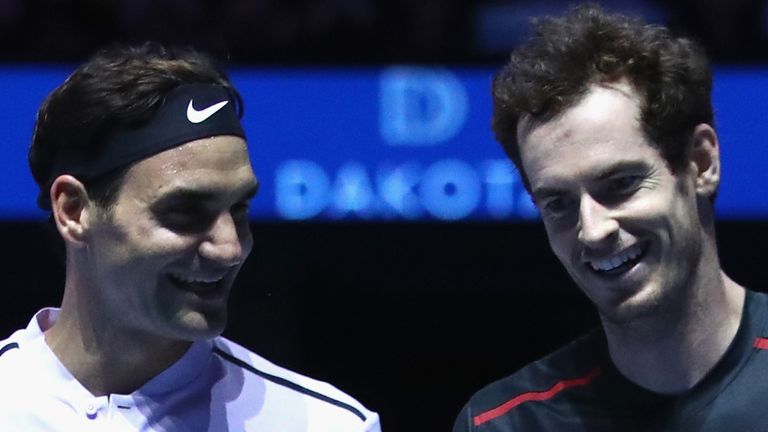 Roger Federer and Andy Murray are both optimistic over their prospects of returning to action when professional tennis resumes following the coronavirus pandemic.

Federer underwent knee surgery in February and announced he would miss the clay-court swing, including the French Open, but the tour’s suspension because of the coronavirus means he could still feature at the Paris tournament, which has been rescheduled for September.

Following the cancellation of Wimbledon earlier this month, both the men’s and women’s tours extended their suspensions until July 13.

Federer, who won the most recent of his 20 Grand Slam titles at the 2018 Australian Open, provided an update on his condition as he joined rival Rafael Nadal on an Instagram Live on Monday. 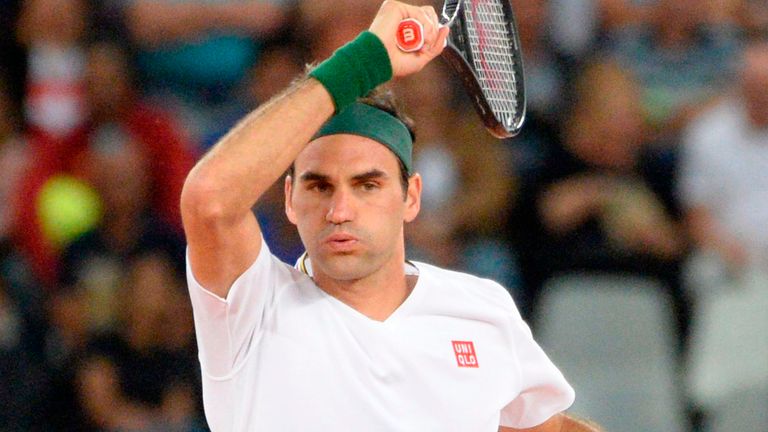 “I’ve been hitting it a little bit against the wall,” Federer said. “Rehab with the knee… it’s OK. I had a really good first six weeks, then it was a bit slower, now it’s getting better again, but I have plenty of time.

“So there is no stress, no rush, if there’s anything positive, that’s the only thing really. At the end of the day I just want the knee to be good, it doesn’t matter when I return.

“I feel happy. I think after the second surgery… it’s easier the second time around, but I don’t need to experience a third one, that’s for sure.”

Murray produced his best performance since returning from hip surgery as he won the European Open in October, but has played just one competitive match since then after suffering further hip problems. However, despite not being able to practice on court because of the UK’s ongoing lockdown, Murray insists work in his home gym is going well, and he is hopeful of a return to full training once things are back to normal.

Asked how his body was, Murray answered: “It’s good. I’ve been training a lot.

“I’m still able to do lots of things but I haven’t practised for five weeks, since everything started to get shut down here.

“So I’ve not hit any balls but I’m still doing lots of training and I feel pretty good so we’ll see what happens when we’re able to start doing things again.”

There was also time for some fun between the Grand Slam champions during the social media session, which began with Nadal struggling to connect to his rivals.

Federer, who has a 16-24 losing record against Nadal, quizzed the Spaniard over the origins of his left-handed technique, which has been a crucial element to his success against the Swiss. “One thing I wanted to ask you, because it’s been bothering me, is that you are a lefty, that’s been a problem for me,” Federer said. “Why do you play lefty if you could play righty?”

Nadal replied: “That’s just a legend. I can write with the right hand, my basketball skills are with the right, but not in the tennis court and not in football.

“I started with two hands, backhand and forehand. So probably the people, because I was hitting two backhands, didn’t know whether I was lefty or righty.”

Murray to take on Nadal online

Murray and Nadal reminisced over late-night gaming console sessions during their younger days on the tour, and shared some competitive banter ahead of a renewal of their virtual rivalry.

The pair are both set to compete in a virtual version of the Madrid Open from April 27 to 30, with a star-studded field including Alexander Zverev, Diego Schwartzman, Gael Monfils and David Goffin. 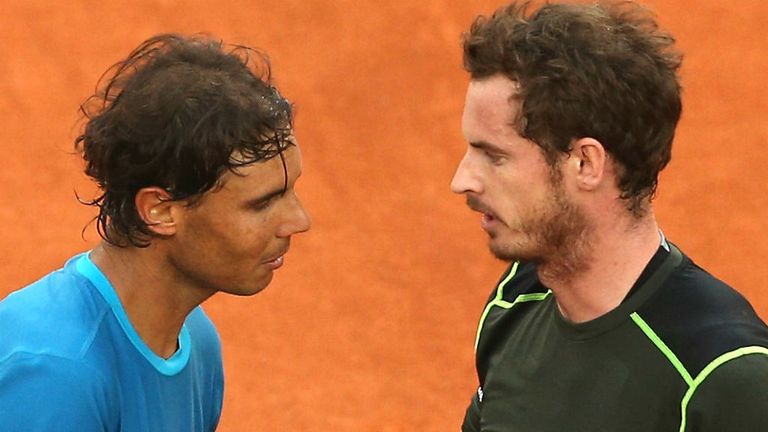 Much like they have done together in real life over the years, the pair arranged a practice match for later on Monday evening, but there was some debate over the start time, with father-of-two Murray warning Nadal over his bedtime.

“I’m up for that, for sure, just not too late because I have to get up with the kids in the morning,” Murray said.

“I’m 6am every morning the kids are getting us up so enjoy your late nights and your lie ins whilst you don’t have kids.”

Nadal, who married his long-time girlfriend last year, is the only member of men’s tennis’ ‘big four’ not to have children, but suggested that could be changing soon.