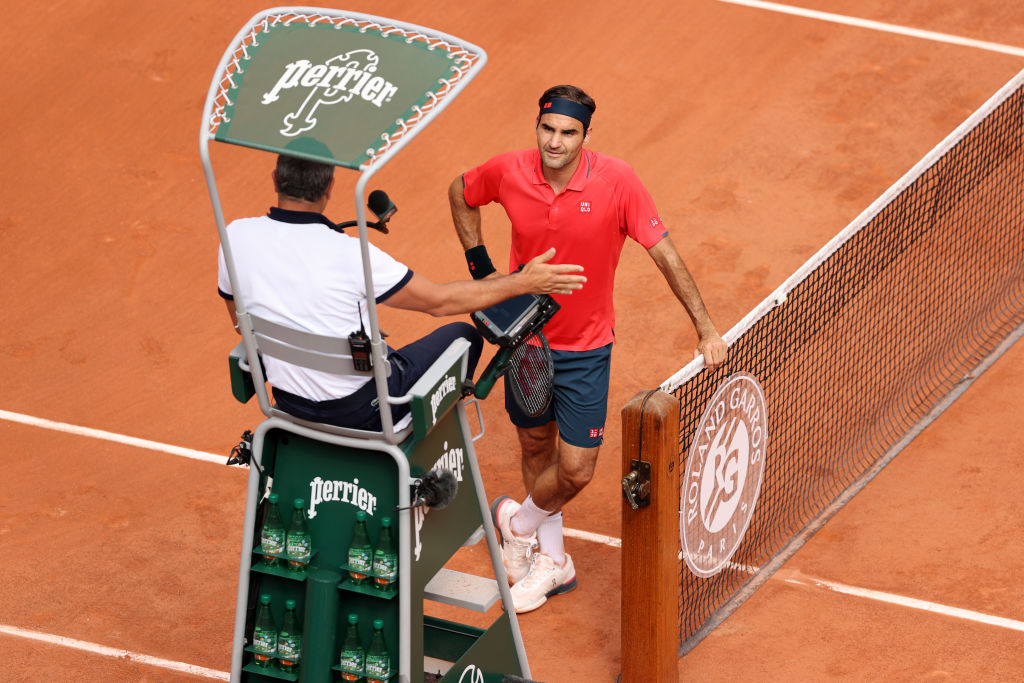 Roger Federer was involved in a heated discussion with the umpire and his opponent Marin Cilic during their second-round French Open match.

Federer, the 20-time Grand Slam champion from Switzerland, was handed a time violation midway through the second set for slowing down the pace of play in return games.

Cilic had made the point to the umpire that he was being forced to wait for Federer when about to serve and he duly responded by handing him a time violation in the fourth game of the second set.

Federer didn’t take kindly to the decision and engaged in a lengthy discussion with the chair umpire in which he pointed out that Cilic bounced the ball a large amount of times before he actually started his action.

After a back and forth with the umpire, with Federer leaning on the net, he then brought Cilic into the conversation: ‘Am I playing too slow?

Cilic began to explain the rule about the game being played at the server’s pace and Federer sharply responded: ‘I understand the rule.’

Cilic continued: ‘On a few occasions I was waiting for you.’

Federer responded: ‘I understand, but I’m going from one corner to the next, trying to get my towel back. I’m not even doing it on purpose.’

After Cilic saved break point to hold, a clearly agitated Federer continued his discussion with the umpire throughout the change of ends.

Federer struggled to rediscover his form and a poor service game gifted Cilic a second break and the second set, drawing the match level at 6-2 2-6.

Novak Djokovic, meanwhile, had his own discussion with the umpire, complaining about a fan in the crowd making noise when he was serving.

He was, at least, in total control of his match with Pablo Cuevas – enjoying a comfortable two-set lead before allowing his frustrations to boil over.