Home » Tennis » Roger Federer might not win the French Open, but he can still derail his rivals’ chances 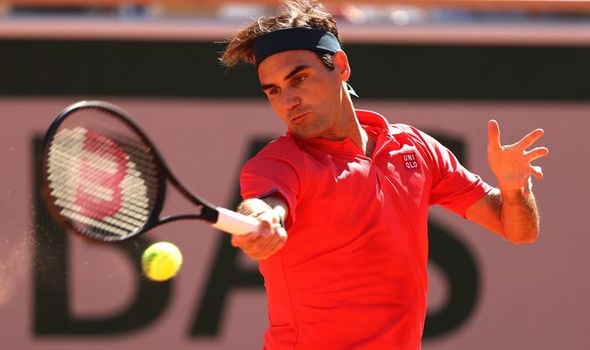 Federer beat Denis Istomin 6-2 6-4 6-3 in the first round of the French Open and played his most convincing match of the year so far.

The Swiss great played a near flawless match as he took to the court at a Grand Slam for the first time since last year’s Australian Open.

At 39, Federer is in the twilight of his career and could very well be playing in his final French Open.

Before the tournament, the 20-time-Grand slam champion said: “I’m just realistic that I know I will not win the French and whoever thought I would or could win it is wrong.”

And most people would agree with him as contending for the title remains a long shot for the Swiss.

A convincing win over the world No 204 is hardly going to scare Rafael Nadal or Novak Djokovic who are both on the same side of the draw.

But for one of the first times in Federer’s career, the pressure to win is not as intense because he is still returning from injury and is not considered a contender.

That could make the Swiss dangerous, as he will be able to hit through the ball with more ease whist playing with some degree of freedom.

A Federer without pressure can go onto the court and play like he would at his local tennis club. Free from any weight of expectation.

Of course, there are still major question marks over Federer’s fitness having delayed his return to the court on multiple occasions over the past year and the French Open is the last tournament a tennis player will be successful at if they are not 100% healthy.

And if Federer is going to add to his Grand Slam tally you would expect Wimbledon to be his best shot as he is an eight-time champion there – a record in the men’s game.

If the Swiss falls early in Paris then he could be well short of any match practise heading into the All England Club.

Whilst he could and will likely play at least one warm-up tournament on grass, to gather any real confidence and belief at Wimbledon he must surely prove that he can be a threat in best of five-set tennis – something he will only now be able to do at the French Open.

Such a theory can be proved when looking at the last time Federer came close to winning Wimbledon as he played at the French Open in 2019, reaching the semi-finals before coming within just a single point of winning a ninth title that summer.

So despite no longer being a contender at the French Open no player will want to face a Federer playing with freedom.