Roger Federer has reacted to his spat with Marin Cilic and the umpire during Thursday’s French Open second-round clash. The three were involved in an argument over the pace of play and towels on Court Philippe-Chatrier.

However, whilst 3-1 down in the second set, the Swiss ace exchanged words with the umpire following complaints from his opponent.

Cilic had supposedly shared his displeasure with the time Federer was taking to use towels between points.

After a heated discussion with the umpire, the 20-time grand slam champion turned his attention towards Cilic, asking if he was going too slow.

Following a brief exchange, Federer turned from the net back to the baseline, clearly unhappy with the conversation, before going on to win the match. 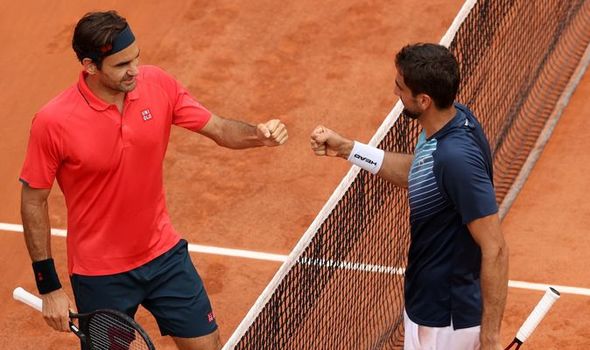 Speaking to Eurosport after proceedings, Federer stated his surprise at how the situation escalated.

He said: “Well, honestly, I was a bit surprised and shocked that it happened.

“I didn’t even understand what was going on for the most part, why I got one.

“Until I thought back to the very beginning of how it started, and that only came when I was sitting down.

“I realised Marin actually was upset at me that I was going too slow because he wanted to serve at me when I was not even in position.”

Federer added that he thought Cilic was simply practising his serve rather than going early.

He suggested he was ‘confused’ with how he is meant to use towels if his current routine caused such a problem.

“I didn’t even see it, really,” Federer explained.

“I just saw the ball coming over, and I actually thought he was working on his serve because maybe he was unhappy with his second serve.

“So honestly, with the towels being on either side, I’m a bit confused about how I’m supposed to do it.

“I know you have to play at the server’s pace, but I was questioning maybe a little bit. 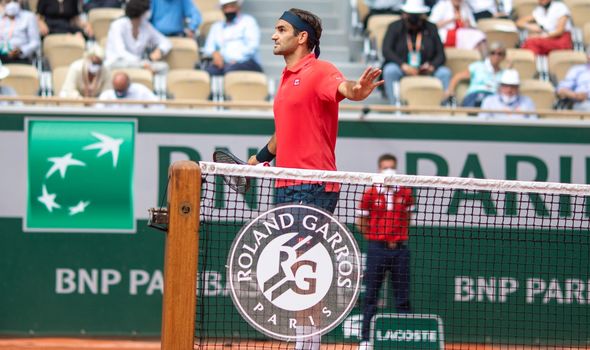 “Was it also Marin pushing me to play extremely fast or was I just extremely slow? I’m not sure, I’ll have to maybe see it again.”

After dispatching Cilic in Paris, Federer will now face German Dominik Koepfer in round three of the French Open.

The world No 1 will now face Ricardas Berankis in the third round on Saturday, the same day as Federer’s next affair.

Djokovic and Federer are edging ever closer to meeting each other on the clay in this summer’s tournament.