Roger Federer’s coach Pierre Paganini has claimed that the Swiss star will decide whether he will compete at the Laver Cup at the “last moment” ahead of his farewell to the sport. The 41-year-old announced that the O2 Arena’s Laver Cup next week would be his final professional competition before retiring from tennis.

Paganini, Federer’s fitness coach, believes that it is not certain he will compete in London however amid concerns that he may not play due to injury. “He will probably decide that at the last moment,” Paganini told Blick. “He’s trained to have as much information as possible about whether it’s a good idea or not. I am excited.”

The news comes after another of Federer’s coaches, Severin Luthi, admitted that Federer is aiming to play at least one singles or doubles match for Team Europe at the cup. “It’s not definitive yet but he trained hard last week and is training again this week.

“His aim is to play something – whether it’s singles or doubles we’ll have to see, but his aim is still to play at the Laver Cup – definitely. We have three hours in the morning. Trained and in the afternoon another two hours of training, I want to do my job well there,” said Luthi to Swiss publication Blick.

JUST IN: Dan Evans shares what ‘king-like’ Federer is like behind the scenes 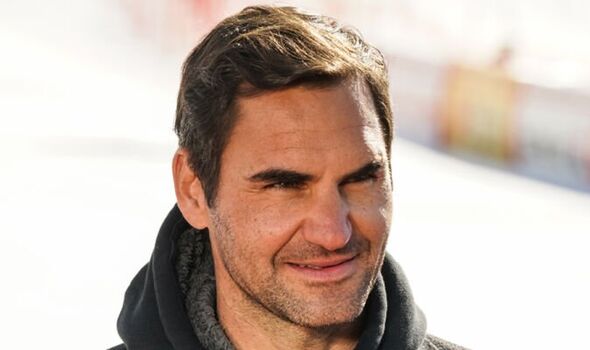 Federer is part of Bjorn Born’s team alongside Rafael Nadal, Novak Djokovic, Andy Murray, Stefanos Tsitsipas and Casper Ruud while Matteo Berrettini was recently announced as the team’s alternative, and will step in if Federer is unable to compete. Paganini admitted that he did not speak with Federer regarding his retirement, but he knew that the decision was coming.

“Not in this form. You can’t imagine that there is a big meeting where such topics are discussed,” Paganini replied when asked if he advised Federer on his retirement. “No, it’s about a person and the very personal decision not to play professional tennis anymore. We trainers are companions, lived with him, had everyday conversations, gave feedback. But of course, at some point you felt the direction it was going. 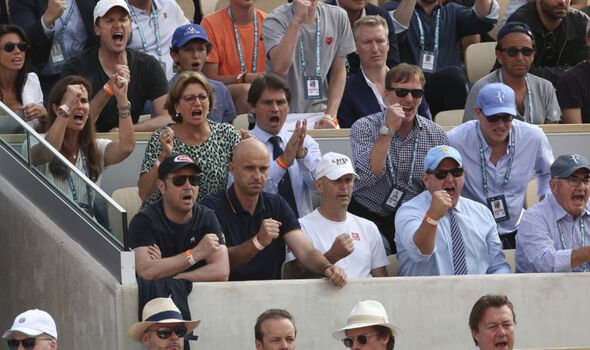 “That was an emotional moment. It is discussed soberly. But at the same time you can feel with every fiber that it is an incredibly emotional topic. It’s a decision that a player doesn’t make ten times in their life, but exactly once.

“That’s where the emotions come in, and you can feel that there’s a human being behind the tennis player. Roger has deep emotions and he can show them. That is beautiful.”

Paganini claimed that Federer has been considering retiring over the summer. “Since July,” Paganini said when asked when Federer considered leaving the professional game. “When he started combining the different training elements, he has noticed that he has to make more and more detours and put in extra effort. He had to make greater efforts for relatively low intensity.”