Sloane Stephens has revealed she received more than 2,000 abusive messages following her third round loss to Angelique Kerber at the US Open.

Stephens, who was defeated 7-5, 2-6, 3-6 at the Louis Armstrong Stadium on Friday, said that the racist and sexist abuse she received was ‘so exhausting and never ending.’

The 28-year-old also believes subject of athlete abuse ‘isn’t talked about enough’ and is happy to have ‘people in her corner that support her’. 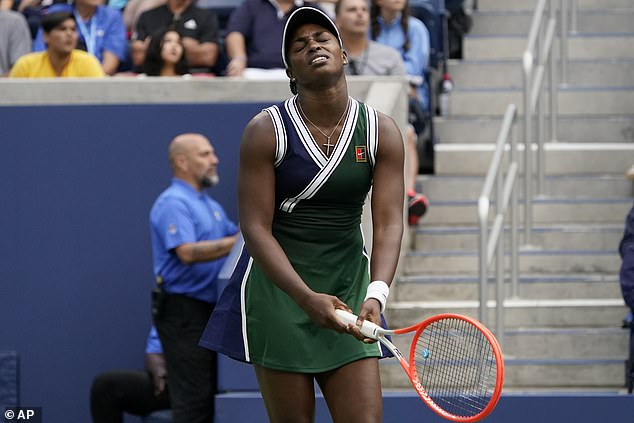 Sloane Stephens (above) has said that she received more than 2,000 abusive messages following her third round loss to Angelique Kerber at the US Open 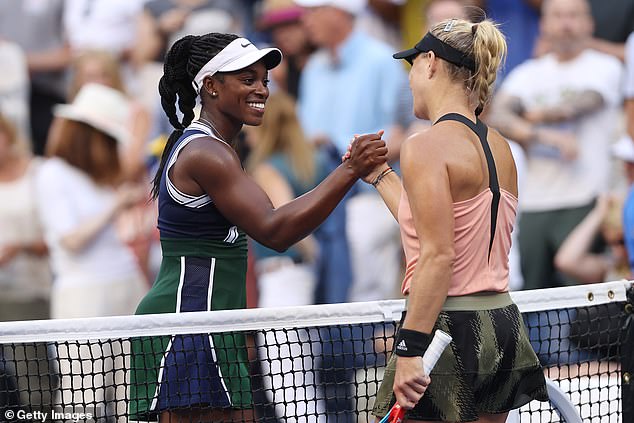 Stephens – who lost 7-5, 2-6, 3-6 at the Louis Armstrong Stadium on Friday – said that the racist and sexist abuse she received was ‘so exhausting and never ending

Stephens, who won the 2017 title in New York, took to Instagram to share her thoughts after losing to Angelique Kerber.

She posted a picture of herself with the accompanying caption: ‘Disappointing loss yesterday, but I’m heading in the right direction.

‘Honestly, so much to be proud of! Been fighting battles all year and haven’t backed down yet. Never stop fighting! You win or you learn, but you never lose’.

However, thousands replied with a series of racist and sexist messages aimed at the 28-year-old.

The comments included both racist and sexist abuse, with one user even threatening to inflict physical harm on Stephens. 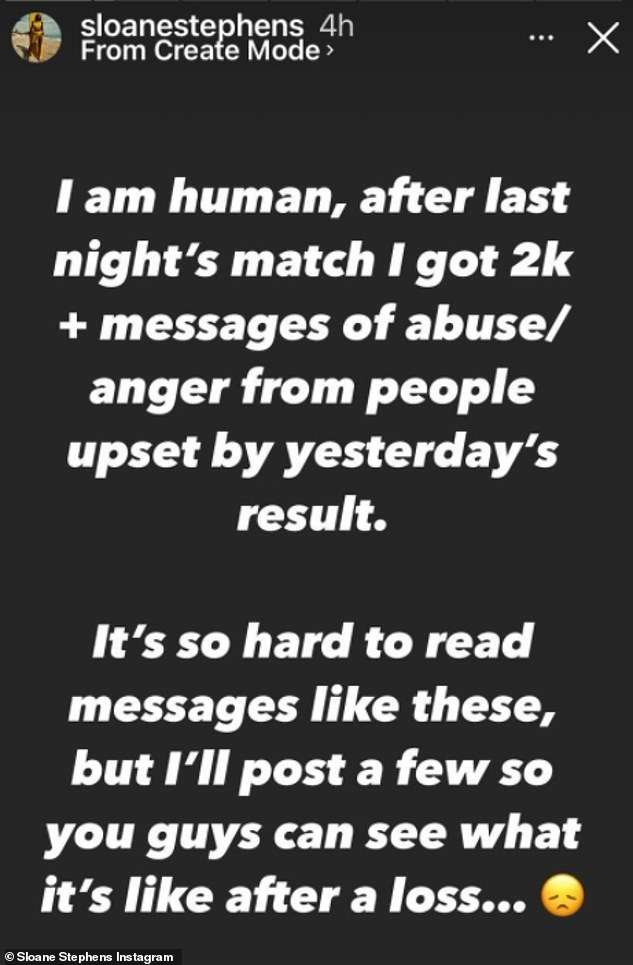 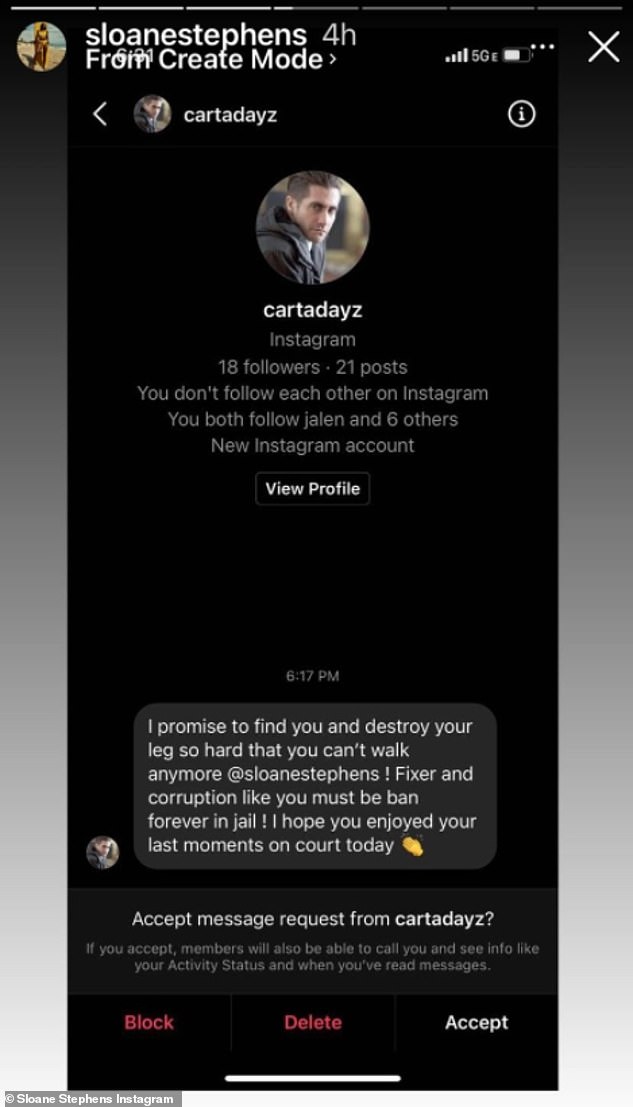 Speaking about the abuse she received, Stephens said: ‘After last night’s match I got 2,000-plus messages of abuse/anger from people upset by the results.’

The former world number three – who is now ranked 66th – added: ‘I am human. It’s so hard to read messages like these,’ she said.

‘This type of hate is so exhausting and never ending. This isn’t talked about enough, but it really sucks.’

Stephens also said that she is incredibly thankful for those around here. She said: ‘I’m happy to have people in my corner who support me.

‘I’m choosing positive vibes over negative ones. I choose to show you guys happiness on here, but it’s not always smiles and roses.’ 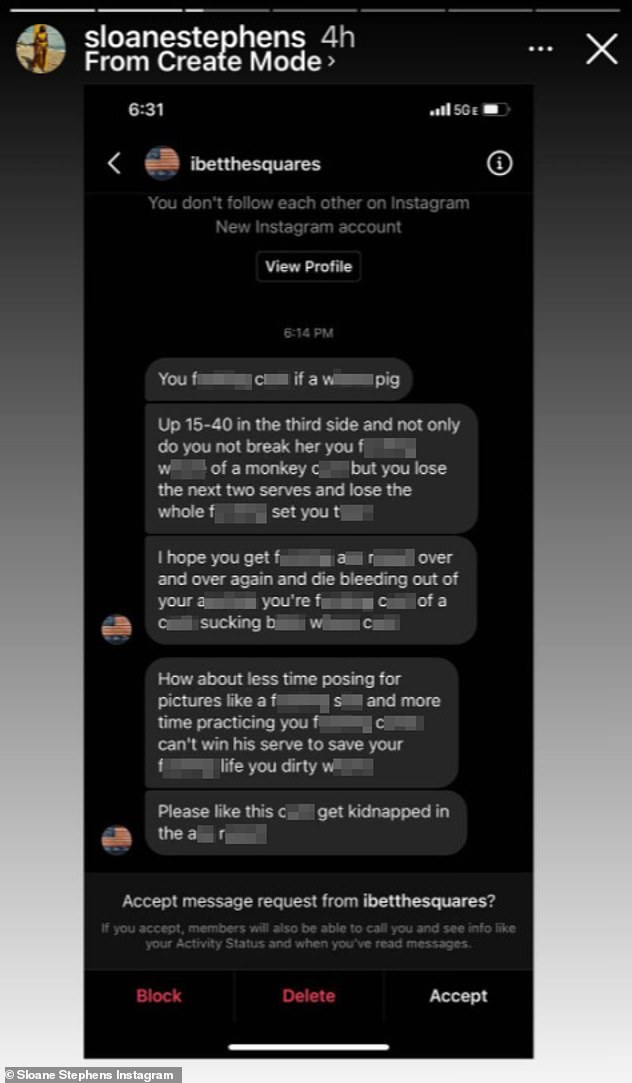 Stephens’ transparency about the hate that she has received comes shortly after Naomi Osaka announced her decision to prioritise her mental health by taking some out from tennis.

Osaka withdrew from the French Open in May after boycotting the media by refusing to attend press conferences on the grounds that they are injurious to her mental health.

Osaka also announced that she would be taking an indefinite break from the sport following her defeat at the US Open Leylah Fernandez.