Wimbledon: Sue Barker confirms it's her last year as pundit

Sue Barker was emotional as Chris Evert made a moving speech claiming that Wimbledon “will never be the same” after the BBC presenter announced she would be retiring from broadcasting after this year’s tournament. Barker has enjoyed 30 years at the helm of the broadcaster’s coverage but announced last month that she would be stepping down from her role as lead presenter.

Speaking after Elena Rybakina defeated Simona Halep 6-3, 6-3 to reach the Wimbledon final, pundit Evert paid tribute to Barker. “Can I just say, can I talk about you now for one second?” Evert told Barker. “Because it’s not going to be the same without you. I remember when Bjorn Borg retired. I thought tennis will never be the same. I feel the same about you. Tennis at Wimbledon, the commentating, it will never be the same. You’re the best.”

Barker replied: “Thank you Chrissy. Thank you so much. I was going to say I’ll buy you a drink in the royal box but they’re free aren’t they!” Evert added: “With sincerity, I can’t even imagine… Maybe I won’t even come back because you won’t be here! I can’t even imagine. You’ve done a great job.”

The former world No 1 was amazed watching Barker up close. “The way you’re just talking about these matches, a lot of people are looking at their notes and everything, you’re not reading anything,” Evert said. “It’s just awesome. How did you get so smart? You never said a word when you were a tennis player! You never said anything.” 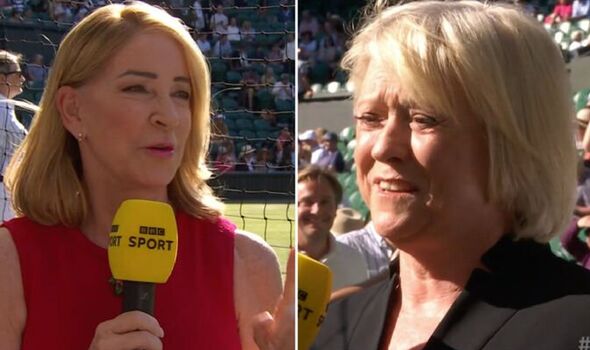 “That’s because I was learning all the time!” Barker explained. “I was absorbing things. No, I think I was in awe of everybody that’s why. Lovely to see you Chrissy, thank you so much.”

John McEnroe left Barker in tears with his off-script speech during the Centre Court centenary celebrations where he paid tribute to the former French Open winner. “Sue, one final word. On behalf of all the players, I just want to say that we’re going to be lost without you,” McEnroe said. “After 30 years of covering this tournament magnificently, please give it up for Sue Barker.” 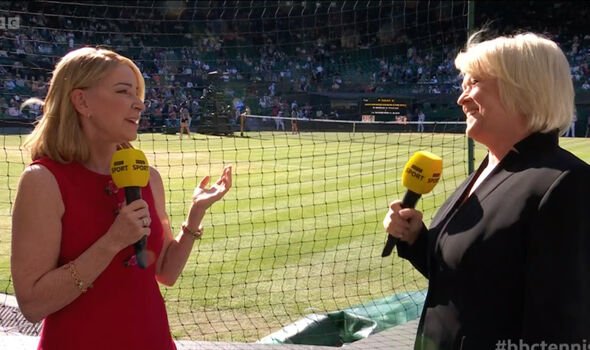 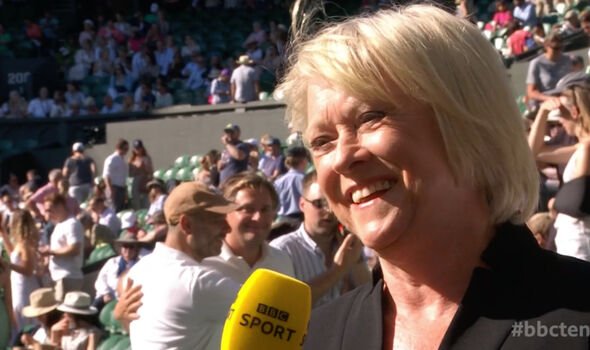 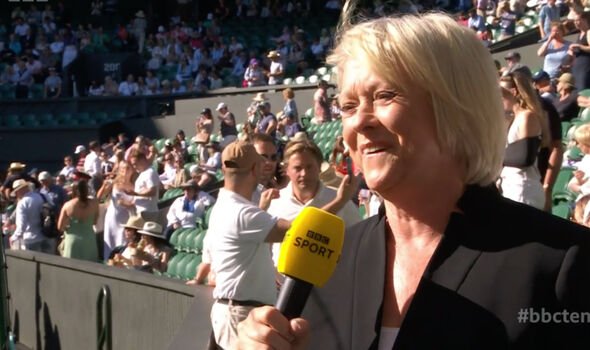 The American pundit previously joked with Barker and Tim Henman that both he and the former British No 1 would have to quit if Barker did not return for at least one more tournament.

“We all agreed we would only go as long as you can,” the seven-time major winner explained. “Now you have put the pressure on us! What is going to happen next? Henman are we going to have a tournament next year?”

Henman replied: “I am not sure, I think Sue said 30 years working with you [McEnroe] she’s not sure she could carry on. We need to debate it.”