Wimbledon is now at the business end of the tournament, where just a select few remain in the hunt to claim the prestigious trophy. The legendary Novak Djokovic’s quest for a seventh Wimbledon title will continue when he battles home favourite Cam Norrie in the semi-final.

The British star is aiming for his first major title, while the Serbian is searching for his 21st Grand Slam crown. In the other semi, Nick Kyrgios, who has reached this stage of a Grand Slam for the first time, will face the icon that is Rafael Nadal for a spot in the final.

On the women’s side, the resurgent Simona Halep, who is gunning for her second title at the All England Club, clash with the rampant Elena Rybakina for a final berth. Their opponent will be either 34-year-old Tatjana Maria, who has recorded her best result as a Slam, or Tunisian star Ons Jabeur, who has yet to drop a set at The Championships so far this year.

But for those of you who are new to tennis or perhaps watching Wimbledon for the first time, here is a guide on the sport’s unique scoring system. A tennis match is composed of points, games, and sets. A set consists of a number of games (a minimum of six), which in turn each consist of points. 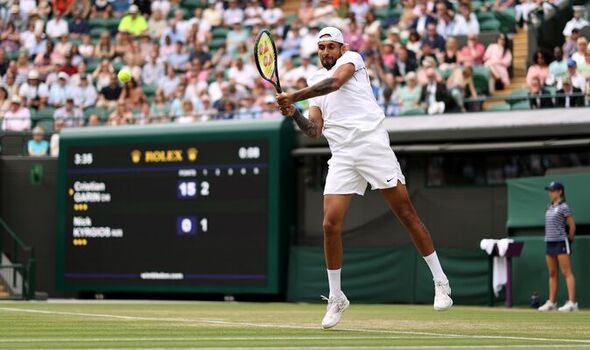 The overall points system for tennis is also different to any other sport, as the points progress from love to 15, 30, and 40, which are relatively equivalent to 0,1, 2, and 3 in points per game. A set is won by the first player to win six games, with a margin of at least two games over the other side (e.g. 6–4 or 7–5). If the set is tied at six games each, a tie-break is usually played to decide the set.

A match is won when a player or a doubles team has won the majority of the prescribed number of sets. Matches employ either a best-of-three (first to two sets wins) or best-of-five (first to three sets wins) set format.

The best-of-five set format is usually only used in the men’s singles or doubles matches at Grand Slams and Davis Cup matches. When a player is on a score of zero in a game, it is called love. Why is it called that you ask? 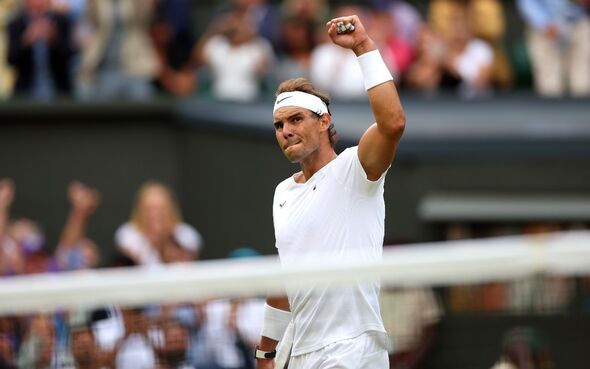 Well, a debate prompted by The Guardian has provided an explanation into the sequence, and explained how the French language came to play a lasting role in the terminology. Doug Gowan, from Hornsey, explained: “Tennis scores were shown in the middle ages on two clock faces which went from 0 to 60.

“On each score the pointer moved round a quarter from 0 to 15, 30, 45 and a win on 60. Somehow the forty five got truncated to forty when the clock faces dropped out of use. Zero was shown as an oval – an egg shape – ‘l’oeuf’ in French, giving us ‘love’ for no points. ‘Tennis’ probably derives from French ‘Tenez!'”