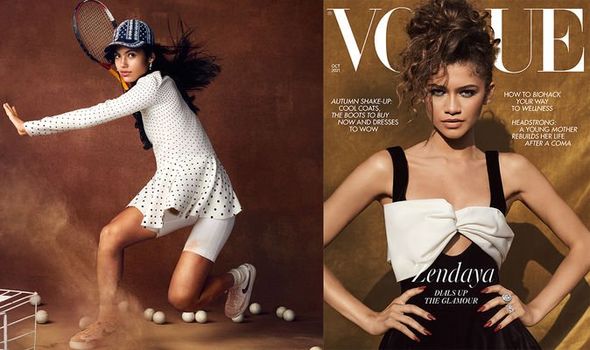 The 18-year-old sensation made history as the first qualifier ever to reach a Grand Slam final, where she will play Canadian Leylah Fernandez, 19.

In a thrilling semi-final in the early hours of Friday, adoring US fans screamed Emma’s name as she beat Greek 17th seed Maria Sakkari in straight sets.

And British fans stayed up past 4am to witness her stunning achievement on TV. Emma said: “I actually can’t believe it.

“The time in New York has gone so quickly, I’ve been taking care of each day and three weeks later I’m in the final.”

The beaming youngster, from Bromley, is the first British woman to reach a major singles final in 44 years, since Virginia Wade in 1977, and without dropping a set in New York.

Virginia, 76, looked on at Flushing Meadows’ Arthur Ashe Stadium as Emma played incredible shots and showed amazing poise in a 6-1 6-4 win over 84 minutes.

Only last month she was opening her A-level results at Newstead Wood school in Orpington, Kent, getting an A in maths and an A* in economics.

Now her finances look out of this world as the youngster — already the subject of a photoshoot in October’s Vogue magazine — will walk away with at least £900,518 or £1.8million if she wins the tournament.

As she netted £181,000 for her Wimbledon run in July she will be a millionaire.

Her old headteacher Alan Blount said: “Often when you look at these elite sports stars it seems unattainable.

“But she’s a girl who’s just received her A-level results and now she’s playing on the world stage. She’s a total inspiration to those at our school and elsewhere.”

Emma’s rise has been breathtaking.

She was the world No 361 in June before winning the nation’s hearts as she played her way into Wimbledon’s last 16 and is now on the verge of breaking into the top 30.

If the teenager takes another bite out of the Big Apple she will emulate Virginia who won it in 1968 before triumphing at the Australian Open in 1972 and Wimbledon in 1977.

Virginia said: “I can’t be more impressed. Emma withstood everything and just seems to reduce opponents to nothing.”

Emma describes the last British woman to win a major as a “legend”.

But she said last night that it is another hero — Tim Henman — who has been inspiring her. She has looked directly at the former Wimbledon semi-finalist at courtside, where he is working for broadcaster Amazon Prime, before serving for her last two matches.

Emma said: “Tim is such a big inspiration. He was telling me to treat it one point at a time.

“I’m grateful to Tim for everything he has done for British tennis and for me.”

The Duchess, patron of the All England Lawn Tennis Club, tweeted: “What an incredible achievement! We will be rooting for you.”

And singer Liam Gallagher said: “Can you dig it. Congratulations to Emma Raducanu C’mon.”

Industry experts predict the sky is now the limit for Emma as the world clamours for her attention.

“Big brands will be clamouring to align themselves with a healthy, successful young British sports star.”