Tim Henman compared Nick Kyrgios to Andy Murray during commentary of the Australian’s Wimbledon quarter-final clash with Cristian Garin. Kyrgios will be looking to emulate the Brit’s Wimbledon heroics of 2013 and 2016 as he aims to claim the first Grand Slam title of his career.

During the BBC’s commentary of Kyrgios’ match with Garin, Nick Mullins asked Henman if he had ever seen anyone who makes as many remarks to themselves during a match, and the former Wimbledon semi-finalist had one name come to mind.

“Well there are quite a few of them,” Henman replied. “I could think of a good friend of mine who has won this tournament on a couple of occasions that is not shy of a good conversation, Mr [Andy] Murray.

“It’s how you deal with it, when you talk about those great champions they don’t let it affect the next point. The challenge for Kyrgios is when he gets frustrated and it festers, does he concentrate as well? Does he make as good decisions?” 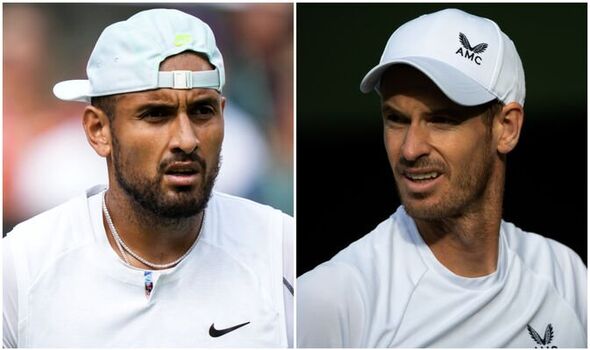 Kyrgios defeated Garin 6-4, 6-3, 7-6 and is now into the semi-finals of a Major for the first time in his career, but  was made to adjust his game during the match with Garin, as Todd Woodbridge explained that the Australian has slowed his pace during the serve.

“Kyrgios is taking his time now between points in his serving,” Woodbridge said. “Trying to gain a bit more composure. He [Garin] has forced Kyrgios to have to change his serve, and Nick is good enough to do that. He has got the different angles and Kyrgios is working his way through it, and then of course Cristian is fantastic at returning as well.” 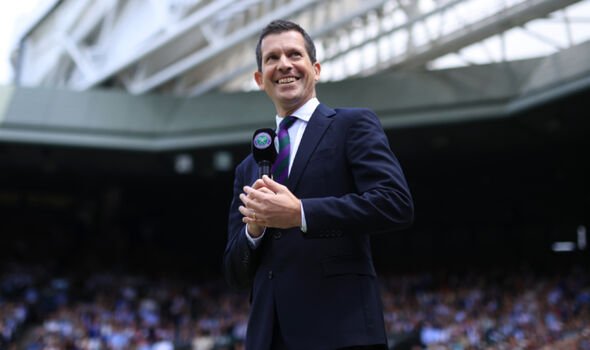 Ahead of his first Wimbledon quarter-final since 2014, Kyrgios’ opponents were told by Mats Wilander how they can get the better of the Aussie. “You have to be prepared,” he told Eurosport. “You definitely have to be prepared. You have to realise that when Kyrgios begins his controlled chaos, it is most probably going to mean that he plays better.

“The most important thing is to be prepared for that. That means, don’t worry about it, don’t care, don’t listen to what Nick is saying, basically don’t look at him. Play the tennis ball that is coming at you and know that the guy hitting it at you is one of the most talented players of all time. He is literally a genius when it comes to feel, tactics and hitting the right shot at the right time. You have just got to shut that out and put a blindfold on. Do what you can do as a player and don’t worry about what goes on on the other side.”

Kyrgios could face Rafael Nadal in a potential semi-final, though the Spaniard has suffered an injury during his quarter-final with Taylor Fritz.