Williams, won won her first US Open more than 20 years ago, stormed to the first set in a little over half an hour but her opponent dug deep and, perhaps inspired by her victory in the pair’s last meeting two weeks ago, Sakkari edged a thrilling second set tie-break to force the decider. 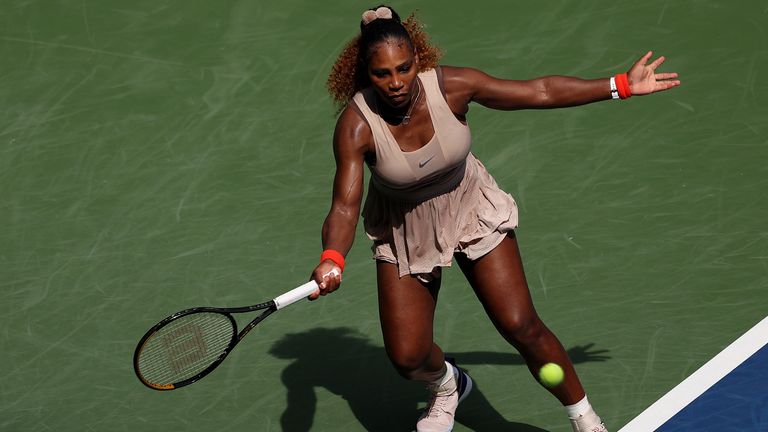 It was the Greek 15th seed who struck the first blow, breaking in the third set only for Williams to break back and go on to break again in the eighth game to serve out the match.

Williams turns 39 in less than a month and is without a Grand Slam singles title since the Australian Open in 2017, but she is the favourite to claim the crown having advanced to a showdown with either Alize Cornet or Tsvetana Pironkova.

“I just kept fighting. She was doing so well, she was being so aggressive, and I knew I needed to do the same thing.”

A list of tennis players with 100 wins in Arthur Ashe Stadium:

At the Western & Southern Open, Sakkari got the better of a tiring Williams, who was dealing with leg cramps and faded down the stretch, but not this time as the six-time singles champion at Flushing Meadow rose to the challenge.

She had been two points from victory at 6-6 in the second set tie-break before Sakkari hit back, but Williams had the final say and remains on course to go one better than 2018 and 2019 US Opens when she was beaten in the final on both occasions.