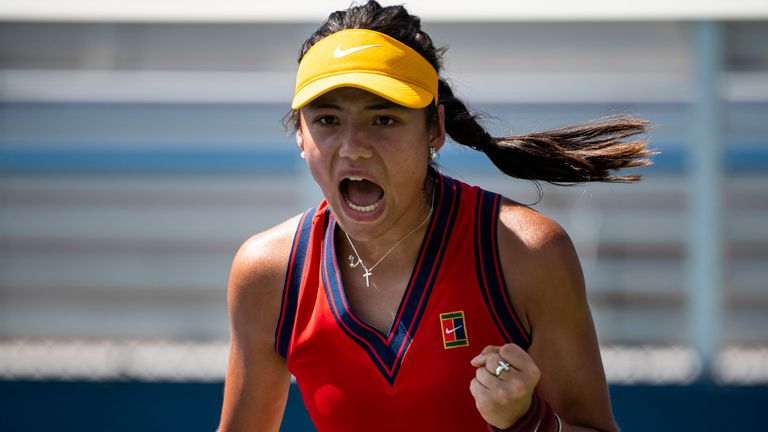 British teenager Emma Raducanu produced a spellbinding performance to make it through to the main draw at the US Open at her first overseas Grand Slam.

The 18-year-old, who memorably reached the fourth round at Wimbledon, dropped just three games as she rolled over Holland’s Bibiane Schoofs in the first round before coming through against Mariam Bolkvadze of Georgia.

And she continued her winning momentum by upsetting Egyptian Mayar Sherif 6-1 6-4 on Friday to make it through to the main draw at Flushing Meadows.

Raducanu took an aggressive approach from the start to which fourth seed Sherif had no answer for.

The 18-year-old Brit dropped five points on serve in the opening set, which she wrapped up in just 24 minutes.

After breaking in the fifth game of the second set, Raducanu appeared to be heading for a comfortable win, but Sherif hit back to level at 3-3.

Well played Emma Raducanu 👏qualifies for the USOpen. Will be so interesting to see where her ranking goes to by the end of the year 🎾 💪

Raducanu, who is now up to 150 in the world following a strong showing in Chicago last week where she made the Challenger event final, sealed another break before eventually wrapping up the match on serve with her third match point. 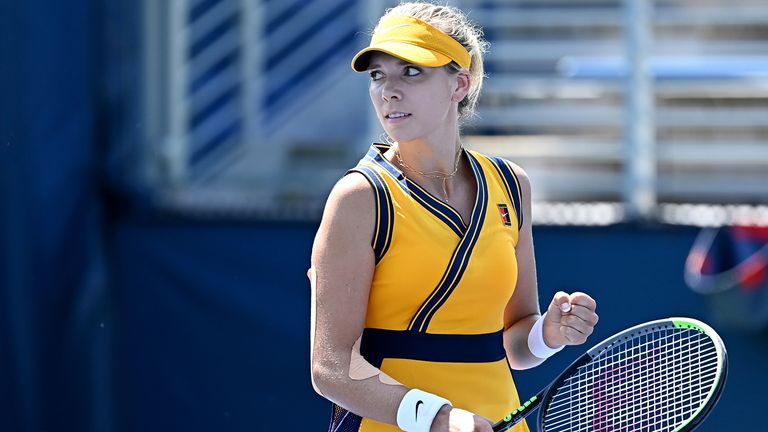 Katie Boulter followed Raducanu into the main draw for the first time in three attempts after battling back from a break down in the decider to beat Kristina Kucova 7-5 2-6 6-4 in two hours and 32 minutes.

Harriet Dart will hope to make it a hat-trick of British wins when she takes on Bulgarian Viktoriya Tomova, with the final Grand Slam of the year set to begin on Monday.

Johanna Konta and Heather Watson will be in women’s first-round action next week, along with Andy Murray, Dan Evans and Cameron Norrie for the men.