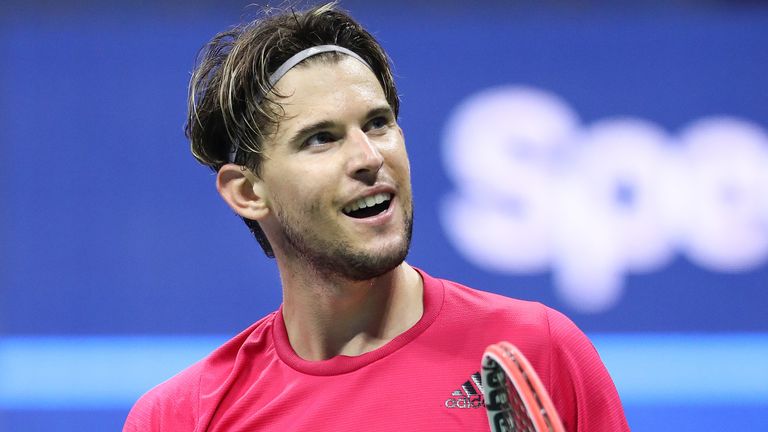 Dominic Thiem will try to make it fourth time lucky when he takes on Alexander Zverev in Sunday’s US Open men’s singles final.

Thiem came through a physical battle to beat Russian Daniil Medvedev 6-2 7-6 (9-7) 7-6 (7-5) in the semi-finals of the tournament to set up a meeting against Zverev in his fourth Slam final having lost twice to Rafael Nadal at Roland Garros and to Novak Djokovic at the Australian Open in January.

Zverev produced the best comeback of his career to defeat Pablo Carreno Busta and reach his first major final. At 23, he is the youngest men’s Grand Slam finalist for a decade.

The German was largely abject for the first two sets but picked a timely moment to claim his first win from that position, turning things around impressively to win 3-6 2-6 6-3 6-4 6-3. 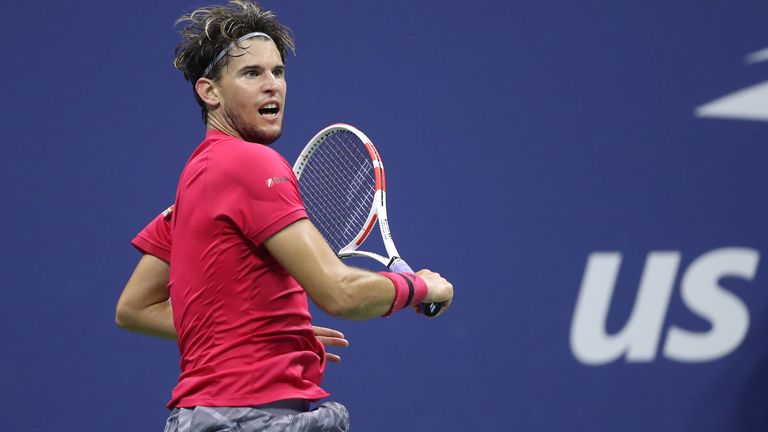 After the first set I think it was great tennis from both of us and I could have been two sets to one down. Tie-breaks are really mentally a tough thing. I don’t like them at all really. I’m really, really happy to be through.

Thiem and Medvedev had been comfortably the most impressive performers in the men’s tournament through to the last four, with Medvedev having not dropped a set.

After coming so close to beating Nadal in his maiden final here last year, the 24-year-old knew what a huge opportunity this was, but Thiem’s greater experience perhaps showed in better decision-making at the big moments.

Medvedev played the role of pantomime villain here 12 months ago and, had there been a crowd inside Arthur Ashe, they would surely have been jeering as the Russian lost his cool with umpire Damien Dumusois in the sixth game of the opening set.

Dumusois did not allow the third seed to challenge a serve that was clearly long and then gave Medvedev a warning for marching around to the other side of the net to show the umpire where the ball had landed.

The Russian could not let go of the incident and checked out of the set before heading off court for a bathroom break. Having been two points away at 5-3 and 0-30 on the Thiem serve, he was broken serving for it and then missed five break points in the next game.

He had his chances in the tie-break, too, but too often a poor choice of shot came back to bite him, not least the supremely ill-advised drop shot he played at 7-7. It was a huge steal for Thiem but he was beginning to struggle physically and called the trainer for treatment to his right Achilles.

Medvedev certainly looked the fresher during a third set that featured a passionate Thiem rant about his shoes after he slipped at a key moment. It seemed to be Medvedev’s for the taking but once again he could not seize the opportunity, with Thiem showing terrific resilience to break back for 5-4.

The second seed was in touching distance at 5-1 in the tie-break and, although Medvedev made a fight of it, Thiem made it across the finish line.

what a match! Finals US OPEN #usopen

Murray famously lost his first four slam finals before stopping the rot with a victory over Djokovic in New York in 2012.

“It’s the biggest goal and also the biggest dream I have in my tennis career,” said Thiem of the carrot of a Grand Slam trophy.

“It was really tough to digest that loss in Australia as I was super close back then. I’m happy that I gave myself pretty short time after that another chance with this win today.

“Of course, it’s pressure for me. At the same time, I try to think not too much about it. If it’s not going to happen on Sunday, well, I have to continue working and maybe get the chance at another slam. The chance is now on Sunday. I’ll try everything to make it.”

Disappointed. Twice up a break in sets. All credit to @ThiemDomi. Thanks to the @usopen for the last 3 weeks. See you next year. Hopefully with a roaring crowd that loves me:):)😜

Zverev trailed 5-1 in the first set, 5-0 in the second – a set where he looked completely lost and hit 22 unforced
errors in just eight games in his semi-final against Spain’s Carreno Busta.

The 23-year-old German began to play more freely at the beginning of the third set. With Carreno Busta, who played a four-hour marathon against Denis Shapovalov in the quarter-finals, starting to lose some physical sharpness, it became apparent the match still had some way to run.

Zverev made only three unforced errors in winning the third set and, although his new-found grip on the match remained tenuous, he won the fourth as well to force a decider. 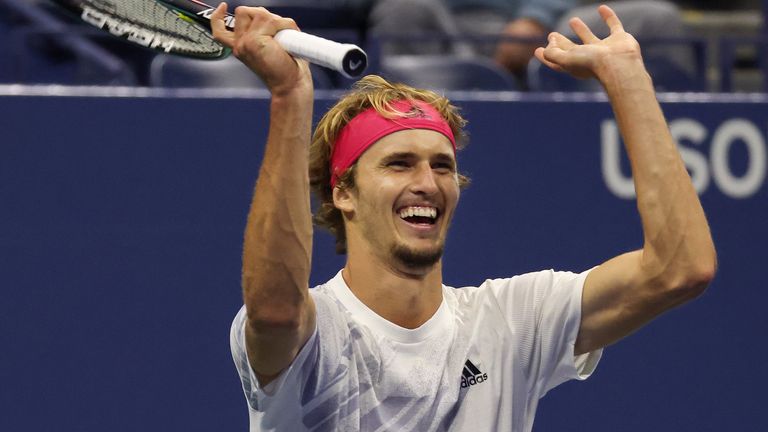 Carreno Busta took a medical timeout for treatment to his pelvic area but, if he had hoped that would help him halt Zverev’s momentum, he was to be disappointed. The Spaniard was now looking very weary, and a resurgent Zverev broke serve again to start the decider before clinching victory on his second match point.

“I knew that I had to come up with better tennis and I knew I had to be more stable. I’m through to my first Grand Slam final and that’s all that matters.