Home » Tennis » US Open wheelchair events to be held after criticism 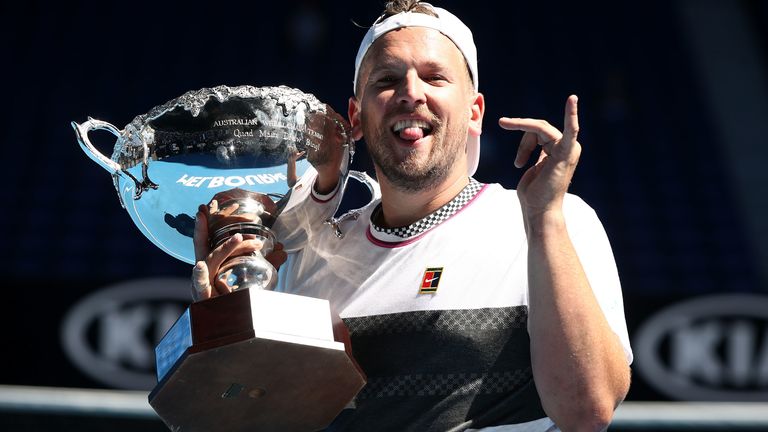 Wheelchair tennis will be held at the US Open after organisers were criticised for excluding it from their initial plans.

International Paralympic Committee president Andrew Parsons last week revealed the decision had left a lot of competitors “rightly upset and angered”, and claimed it could potentially undo years of work.

Scotland’s Paralympic champion Gordon Reid had criticised a complete lack of consultation after discovering the decision on social media, but talks have since taken place over the past week.

A statement on Wednesday read: “The 2020 US Open Wheelchair Tennis Competition will be held in its traditional place on the US Open calendar at the USTA Billie Jean King National Tennis Center this September.

“This decision was made following multiple virtual meetings with a group of wheelchair athletes and the International Tennis Federation over the last week.

Big thanks to the @usopen for reversing their decision – now allowing wheelchair players to compete at the 2020 Open. And most importantly thanks to you reading this for supporting us and sharing the message – you made this happen. pic.twitter.com/jHo0pbVpkC

“Wheelchair athletes will follow the same health and safety procedures as all players participating in the US Open and will be able to access the USTA Billie Jean King National Tennis Center beginning on September 7.”

The tournament will run from September 10-13.

Australian Paralympic tennis champion Dylan Alcott was quick to salute the organisers on Wednesday night and tweeted: “Big thanks to the US Open for reversing their decision – now allowing wheelchair players to compete at the 2020 Open.

“And most importantly thanks to you reading this for supporting us and sharing the message – you made this happen.”

Alcott, who won the 2015 and 2018 wheelchair singles titles at Flushing Meadows and is the reigning doubles champion, said last week the omission of the wheelchair tournament had been “disgusting discrimination”.

He said players had not been consulted and posed no greater health threat than able-bodied entrants.

With the coronavirus still rife in the United States, the Grand Slam to be played from August 31 to September 13 has been given the go-ahead without fans or a qualifying tournament for able-bodied players. “I thought I did enough to qualify – 2x champion, number 1 in the world,” Alcott wrote on Twitter.

“But unfortunately I missed the only thing that mattered, being able to walk. Disgusting discrimination.”

The organisers had also initially eliminated the mixed doubles and juniors competitions while reducing the number of teams in men’s and women’s doubles events by half.