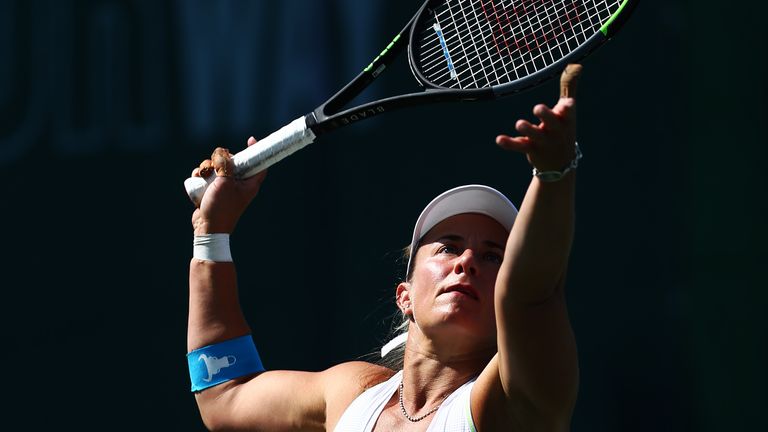 The skill, the shots and the edge of your seat moments are all on the menu. Wheelchair tennis is back and the players are all determined to put on a show in the Big Apple.

While the population have been in lockdown, defending champions, familiar faces and newcomers to the Grand Slam stage have been putting in the hard work to make sure they are ready for this year’s US Open.

“I’m really excited to go out,” Britain’s Lucy Shuker said to Sky Sports ahead of the draw.

“It’s also unexpected as I was a few rankings out of the direct qualification but I got offered the wildcard and it’s an honour to be there experiencing it again.

“The Grand Slams are where all of us wheelchair tennis players want to be – amongst the best players in the world – so there is a lot of excitement but also a few nerves.

“The world is not over the pandemic so it’s a bit of a risk but let’s see how it goes, let’s hope we stay safe and let’s play some good tennis.”

Always a privilege, never take it for granted. Thank you @usopen #GrandSlam https://t.co/vw43zBgbrf

Shuker is no stranger to the Grand Slams, and she has shown her strength as a doubles player in finals in previous years.

After dropping out of the top seven just before Wimbledon last year, the US Open marks her first appearance at one of the majors since the 2019 Australian Open. It’s a return Shuker is really looking forward to.

“The wider wheelchair tennis tour is commencing again, I think the ITF have decided from the September 14, so I just decided with my team what better place to start again than at a Grand Slam,” she said.

“I’ve worked so hard over the months of lockdown and I’m excited to back competing.” 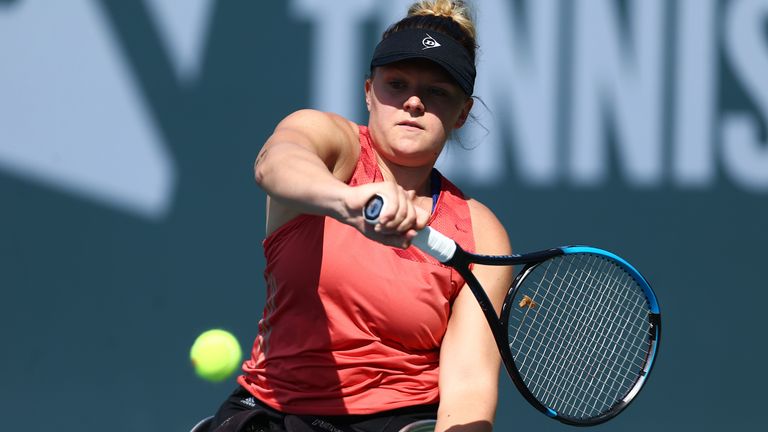 Another British player who cannot wait to get back to competing is Jordanne Whiley, who is returning to Flushing Meadows this year for the first time since she lifted the women’s wheelchair singles title there in 2015.

“It’s going to be weird no fans, no cappuccinos in the cafe, no hanging out in the locker rooms – all of the normal stuff associated with a Slam,” she said.

“But, I think that it’s so nice that the US Open are doing the virtual cheer through the app, like they did with the football, so that’s gonna be pretty cool seeing people’s faces cheering me on from back home in the UK on the big screens of the show courts.”

During lockdown Whiley, who is known for a slice backhand that regularly puts her opponents in a spin, has added a new shot into her game that could surprise them – a reverse backhand.

“My slice isn’t that effective on the return and that’s why I was bringing it in initially,” she said. “I mean it’s not perfect but it seems to work quite well during rallies as well.”

The (bad) luck of the draw…

Whiley’s new found confidence with the reverse backhand might come in useful as she starts her 2020 singles campaign against world No 1 and defending champion Diede De Groot.

Since her return to the tour, Whiley has made a habit of drawing the top two seeds in tournaments and it is not something that’s gone unnoticed by the British No 1.

“I think I’m cursed or something,” Whiley said with a smile. “I’ve drawn Yui (Kamiji) now eight times in a row at all the tournaments and now I’ve got Diede in the first round here.

“Half of the women from the top seven aren’t even here and so my chances of getting either of them in the opening round were pretty slim!