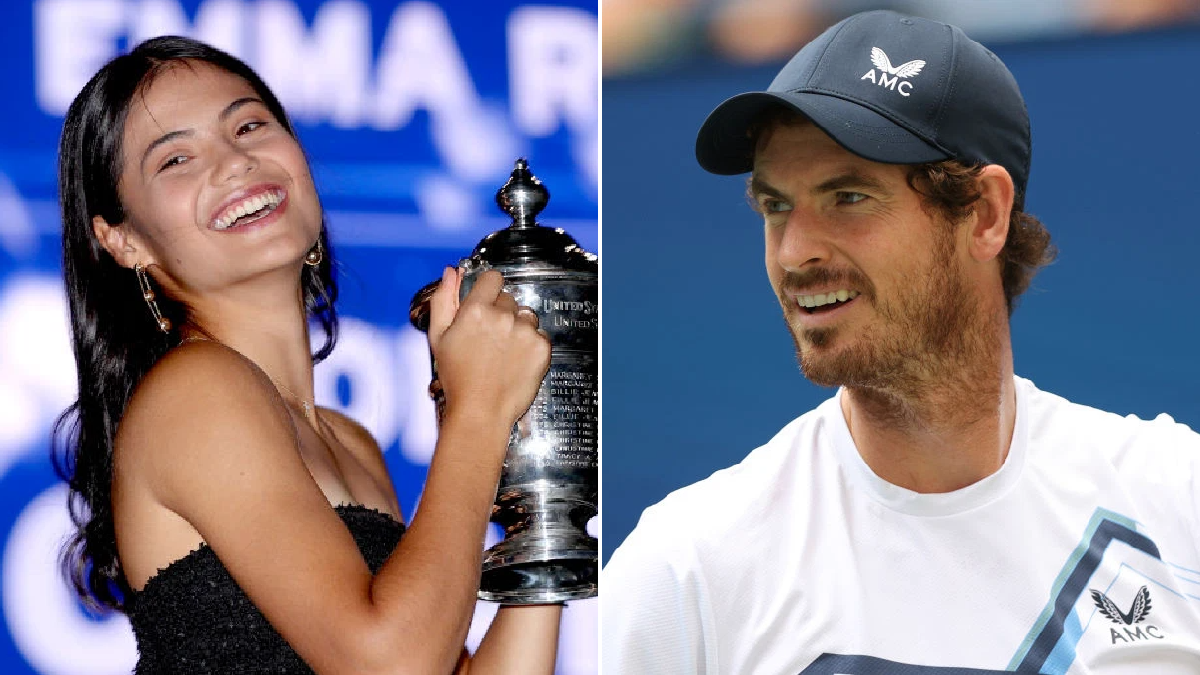 Andy Murray reached out to Emma Raducanu privately to offer his congratulations on her stunning US Open victory, having somewhat surprisingly opted not to comment on the win publicly.

The 18-year-old beat fellow teenager Leylah Fernandez in straight sets at Flushing Meadows on Saturday, become the first qualifier ever to win a Grand Slam – and she did not drop a set or even go to a tiebreak in the process.

Raducanu was inundated with messages from famous faces afterwards – not least the Queen and the Duchess of Cambridge – though Britain’s greatest ever tennis player has yet to mention the win on his usually active social media pages.

Murray has received plenty of messages from fans on Twitter asking why he has not acknowledged the result, while there were even suggestions there could be animosity between the two after Raducanu recently split from coach Nigel Sears, who is Sir Andy’s father-in-law.

But that could not be further from the truth, with the Daily Mail confirming that Murray and Raducanu have exchanged messages privately since her US Open victory.

The Scot has passed on his congratulations with a source saying it is ‘much more his style’ to do things that way, and the pair enjoy a good relationship with Murray having mentored Raducanu for the past two years through the Amazon Prime talent scheme.

There is ‘absolutely no’ animosity, with the source adding that Murray will ‘always make time for any British players’ and ‘knows how hard it was when he was coming through’.

Another report in the Telegraph added to that, saying that the 34-year-old is ‘very fond of her and thrilled by her progress’ while they even spent time together in New York prior to Murray’s exit from the US Open in the first round.

Raducanu recently parted ways with Sears – who is the father of Andy’s wife Kim – and decided to go back to her youth coach Andrew Richardson, who was Tim Henman’s best man at his wedding.

‘He’s great and the thing that makes him a great competitor is the big points – he knows exactly what to do, when to push and which points matter. He definitely zones in for the more important points, and you can feel that as it means there’s pressure on you.’

Sir Andy’s mum, Judy Murray, did tweet her congratulations after Raducanu’s victory, writing ‘A star is born’ and later highlighting ‘the importance of female role models in sport and creating opportunities for young athletes to get close to them’ alongside a picture of the new US Open champ meeting Simona Halep as a youngster.