On Centre Court at the time were Richard Krajicek and Malivai Washington, warming up and posing for photos before the final match of the tournament, but neither would claim best streak of the day. Student Melissa Johnson swiftly stole the show when she ran across the grass wearing just an apron, which was then also lifted up when she passed the players.

The London district of Wimbledon is famous for the tennis tournament, which bring along a variety of celebrities and royalty dressed to the nines for the occasion.

Although the court has no dress code for guests, viewers are advised to dress smartly for the occasion.

However, it appears Johnson did not get this memo.

The London student streaked across Centre Court, with commentator John McEnroe jokingly calling for “replays from all angles”.

An estimated 14,000 spectators, as well as a packed royal box, were waiting to watch the Men’s final on Sunday, July 7, 1996, and were given far more than a tennis match. 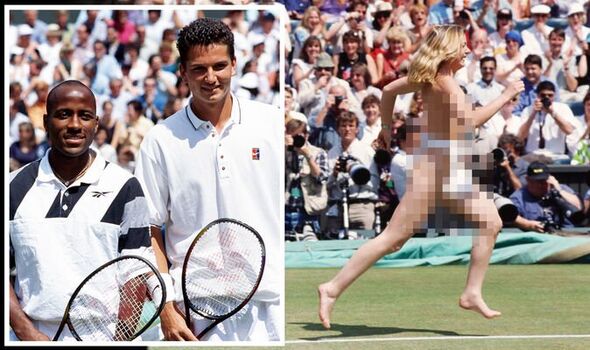 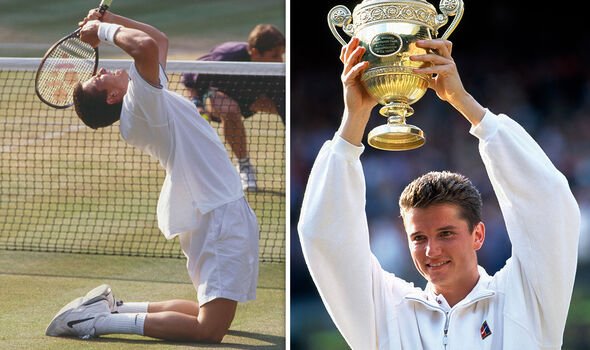 Johnson had been doing catering duties on the grounds over her summer holiday and on her break managed to leap over the barrier to Centre Court.

She ran the length of the court with a massive smile plastered on her face, and gave the players a special view, lifting up the apron.

She then proceeded to give the same treatment to the royal box before being led away by security.

In the royal box at the time were the Duke and Duchess of Kent as well as the Prince and Princess of Kent.

Peter Sneddon, author of Tennis’s Strangest Matches, wrote in the book: “17-year-old Lord Frederick Windsor looked as if he hadn’t enjoyed a tennis match so much for years and the knock-up hadn’t even begun.” 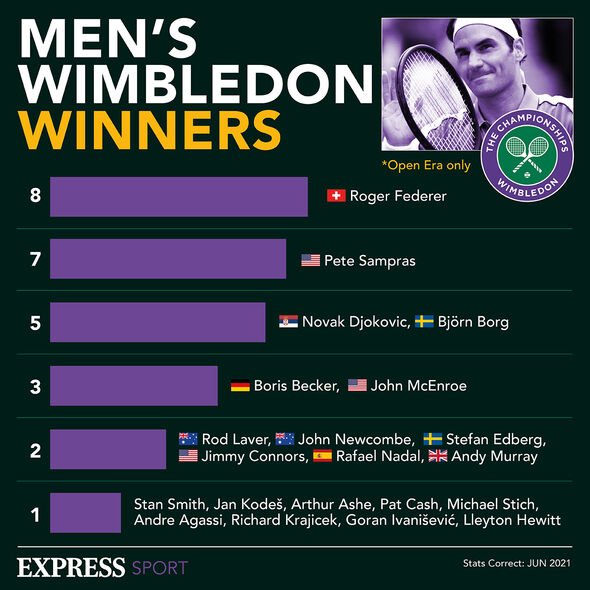 The players had a giggle amongst themselves as well before returning to the matter at hand.

Washington walked back to the baseline, and potentially feeling left out, lifted his shirt to reveal his bare chest to thunderous applause.

The club issued a formal statement after the event: “Whilst we do not wish to condone the practice, it did at least provide some light amusement for our loyal and patient supporters, who have had a trying time during the recent bad weather.”

As for the actual tennis, Krajicek became the first Dutchman to win Wimbledon, with Washington partly blaming the streaker for his loss.

During the trophy ceremony, Washington shared: “I look over and see this streaker. She lifted up the apron and she was smiling at me. I got flustered and three sets later I was gone; that was pretty funny.”

He later added in an interview Ms Johnson’s appearance was “the highlight of the match”.

Johnson shared that she had told her colleagues of her plan beforehand, to take off her uniform and leave her little apron on.

She was reported “encouraged by all the others” but ultimately said it was her choice: “I knew it had never been done before – and it had to be done, really, didn’t it?”

“When the players came out I thought, ‘It’s now or never’, so I just did it. I didn’t feel embarrassed. I was going to wear a dress but decided to wear my pinny instead.”

Johnson may have been the first person to streak at Wimbledon without holding a racket, but she certainly was not the last. 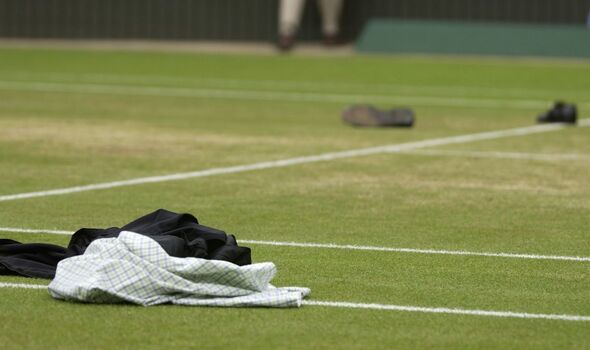 Roberts was reportedly a serial streaker, saying in an interview with the Guardian: “I was 37 and this was my biggest streak. I’ve done 541 so far, and keep thinking I’m done. But then something will pop up.”

The match between Lleyton Hewitt and David Nalbandian in 2002 was slightly disorganised as rain came and went, with Roberts taking advantage of the confusion.

Roberts stripped down and ran across the court, with a few extra tricks.

With a few somersaults and a moonwalk, Roberts even ended up diving over the nets in an attempt to get away from officials.